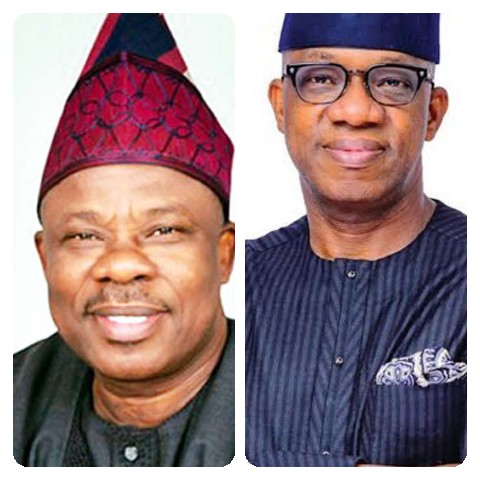 The Dapo Abiodun Campaign Organisation (DACA) said it has uncovered “a fraudulent plot” to malign the reputation of the Ogun State Governor, Prince Dapo Abiodun through sponsored advertorials in newspapers and on social media which are planned to be released anytime from now.

The plot, the organization said, has been traced to a cell of smear campaigners being sponsored by the immediate past governor of the State, Senator Ibikunle Amosun.

Recently, Amosun’s loyalists have been coming up with malicious, unfounded and totally false allegations to incriminate the governor and present him as one who is ineligible to contest the high office he’s occupying,” it said.

“It has been observed that the cell which also masterminded the exit of a former Minister of Finance, Kemi Adeosun, has been activated to conjure and spread damaging and wicked rumours to sully the sterling qualities of Governor Dapo Abiodun because of his re-election aspiration.

“The plan is to use fake advertorials in as many media as possible, both mainstream and social, of faceless individuals with fictitious names to cast aspersions on the Governor.

The smear campaign also targets the use of fake news, propaganda, and malicious narratives through spon¬sored articles, and other tools to undermine Prince Dapo Abiodun’s achievements as Governor of the Gateway State.

The All Progressives Congress spokesman in Ogun State, Comrade Tunde Oladunjoye, had earlier warned of the evil plan saying, “the party has steadily monitored these shameful activities, their perpetrators and therefore wished to inform the public to disregard the emerging trends and patterns by these frustrated elements who are embittered because of their inability to control the structure of the party.”

The spokesperson said the same set of people were behind the subterfuge that saw the former Minister of Finance, Kemi Adeosun, out of office.”

“We are committed to providing a level-playing ground for all aspirants who must also shun campaigns of calumny against one another”, he said.

“Those engaged in the deliberate efforts to run it down the governor are on their own. We will support issue-based campaigns and any attempt to resort to character assassination and publication of scandalous and libelous information, will be subjected to party internal disciplinary measures “

The party spokesman praised reputable media organisations that have adroitly stood by the noble tenets of journalism practice.“

No matter the temptation, some media houses are focused, professional and would not compromise the ethics of journalism. We salute them and recommend others,” Oladunjoye concluded.