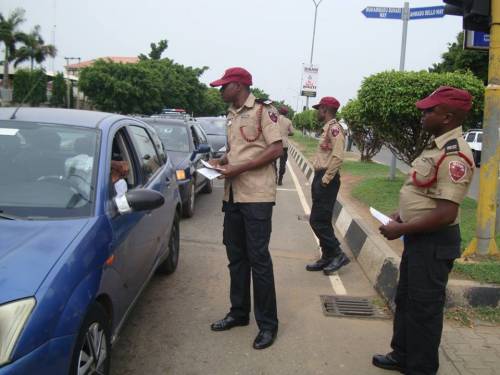 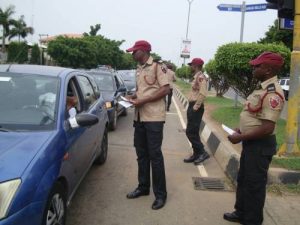 Federal Road Safety Corps (FRSC) on Tuesday said that over 7,000 traffic offenders have gone through psychiatrist tests since 2017.

The FRSC FCT Sector Command, Corps Commander Wobin Gwora, disclosed this at a press conference organised by Fundacion Exito Ltd, an NGO, to launch the #StopAtRed# campaign in Abuja.

“This policy came as a result of the crashes that were being experienced, and the Corp Mashal on the 30 of June 2017 flag off the enforcement and the enforcement started on the 1st of July 2017 and we will not stop it until everybody key into it.

“I might not give the exact statistics but the number of people since the inception of this emotional evaluation to the hospital, we have over 7000 people that have gone to the hospital for that evaluation and over 140 people result tested positive in some areas.”

According to him, those who tested positive were given another fine and advised to stay away from alcohol and drugs.

He said that traffic offences taken seriously in FCT included making calls while driving, driving on one way and carrying overload.

Gwora appreciated the NGO for the #StopAtRed# campaign to help in enlightening Nigerians to always be disciplined and do what is right at all times.

“I have a good news for those who break traffic light especially when you get into the FCT, if you are arrested for beating traffic light, first of all you will be issued a ticket, secondly your vehicle will be impounded.

“Thirdly, having paid your fine, you must go to the hospital for a psychological, emotional evaluation. If we don’t see that test results, your vehicle will remain with us.

“So I want to tell Nigerians, especially those who are resident in the FCT, apart from breaking traffic light, don’t use phone while driving, don’t take one way and also don’t carry overload, these offence are critical,” He said.

Mr Dominic Obozuwa, Director, Fundacion Exito Ltd, (FundELG Africa), said the NGO was founded on September 2013 and the vision was to build a national ideology for the next generation.

He said that the #StopAtRed# campaign was organised to mark the United Nations Day, stating that the sustainable development goal was relevant to the organisation.

“The essence of traffic rules is to protect all road users in Nigeria and strict adherence with these laid down rules will curb road accidents and incidences.”

He said that the campaign was focused on promoting safety and national security.

“The three pronged objective of the #StopAtRed Rally, is to promote road safety awareness, adherence to traffic rules, especially the traffic lights, zebra crossing, driving against traffic, creating multiple illegal lanes, to mention a few; symbolised by the hashtag, #StopAtRed.

“Promote national security, peace and unity; symbolised by our convergence at, take-off from and return to the Unity Fountain, Abuja.”

News Agency of Nigeria (NAN) reports that the UN Day is a commemoration of the entering into force of the UN Charter on October 24, 1945 to ensure international peace, security and co-operation among member nations.