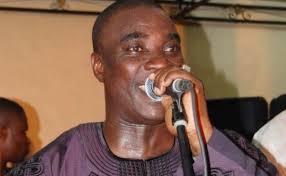 Among top Nigerians that are congratulating top musician, King Wasiu Ayinde Marshall on his installation as first Mayegun of Yorubaland is the Speaker, House of Representatives, Hon. Femi Gbajabiamila.
The Speaker congratulated the King of Fuji Music, Olu-Omo Olasunkanmi Ayinde-Marshal, on his selection as the first Mayegun of Yorubaland by His Royal Majesty, the Alaafin of Oyo, Iku Baba Yeye, Alayeluwa Oba (Dr) Lamidi Olayiwola Adeyemi III.

Gbajabiamila said in a statement by his Special Adviser on Media and Publicity Lanre Lasisi in Abuja on Sunday that Ayinde-Marshal’s selection as the first Mayegun of Yorubaland speaks volume of his contributions to the Yoruba race.

The Speaker noted with delight how Ayinde-Marshal, popularly known as K1 De Ultimate, has been mesmerizing Nigerians with his Fuji genre of music over the years.

He said Ayinde-Marshal, who is to be installed by the Alaafin on Monday, January 13, 2020 at the palace of His Royal Majesty in Oyo, has carved a niche for himself, which most Nigerians, especially lovers of Fuji music, have come to cherish so much.

Gbajabiamila recalled with nostalgia how Ayinde-Marshal popularised his music among Nigerians across the length and breadth of the country, irrespective of tribe or ethnicity.

“I have no doubts on my mind that the installation of Olasunkami Ayinde-Marshal as the first Mayegun of Yorubaland is an honour well deserved.

“This is because he has not only become a household name in Yorubaland and indeed Nigeria as a whole, but he has also been a good ambassador of the Yoruba people to the world.

“Here is one individual that has traversed the music industry in Nigeria for over three decades, and not for once has he failed to use his music to promote good values.

“I can say without equivocation that His Royal Majesty and the Oyomesis’ have made the right decision of choosing K1 De Ultimate as the first Mayegun of Yorubaland.

“I congratulate Ayinde-Marshal on this great feat,” the Speaker said.

5 in police net for stealing female underwear for ritual purposes