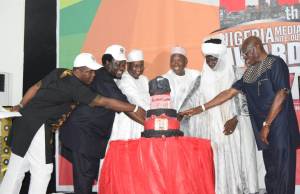 It was a galaxy of dignitaries and pacesetters of all strata of the society at the last 11th edition of the ground-breaking Nigeria Media Nite-out Award. The event which held last Sunday, 17th September inside the Oranmiyan Hall of the Airport Hotel, along Obafemi Way, Ikeja Lagos, was a statement in high-octane preparation blended with camaraderie midst pomp and ceremony.

From the ambience of the exotically-decorated hall to the array of guests that flooded the event, it was simply a statement of excellence and candour. Very few organizers can actually flaunt the ability of the NMNA organizers to satisfy the yearnings and expectations of the important high society etiquette. As early as 1.00pm, the serene area of the Airport Hotel started witnessing the arrival of A-list guests and entertainment buffs, including the media personalities and dignitaries that were to be awarded and recognized in different categories. 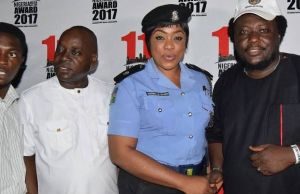 The Red Carpet booth was a spectacle in itself as guests were randomly rail-roaded into the point to share their views on the event and their expectations. The ushers were also another spectacle in their right as they were most courteous and friendly in their disposition throughout the event. Need we say here that, even the last year edition, the 10th one, which was even more symbolic than this one, can never match either in preparations, aesthetics and the avalanche of dignitaries that culminated in the grandsuccess of the 11th NMNA, much to the amazement of the guests and organizers. 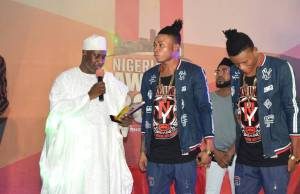 The hall was indeed brimming with the crème de la crème of Nigeria’s fashion, beauty, tourism, entertainment industry shareholders, politicians, journalists, papparazzis and what have you, to make the entire venue very electrifying and classy in all its estimations, while a touch of elegance was added to the red carpet venue, beautifully embossed with the colour of the organizers, media sponsors and brand sponsors to make the day a huge success. The head honcho of the NMNA, Sola Olagbemiro said he is greatly grateful to God for the immeasurable success and promises a grander outing next  Abdullahi Ganduje Political writer of the year. 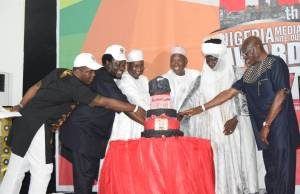