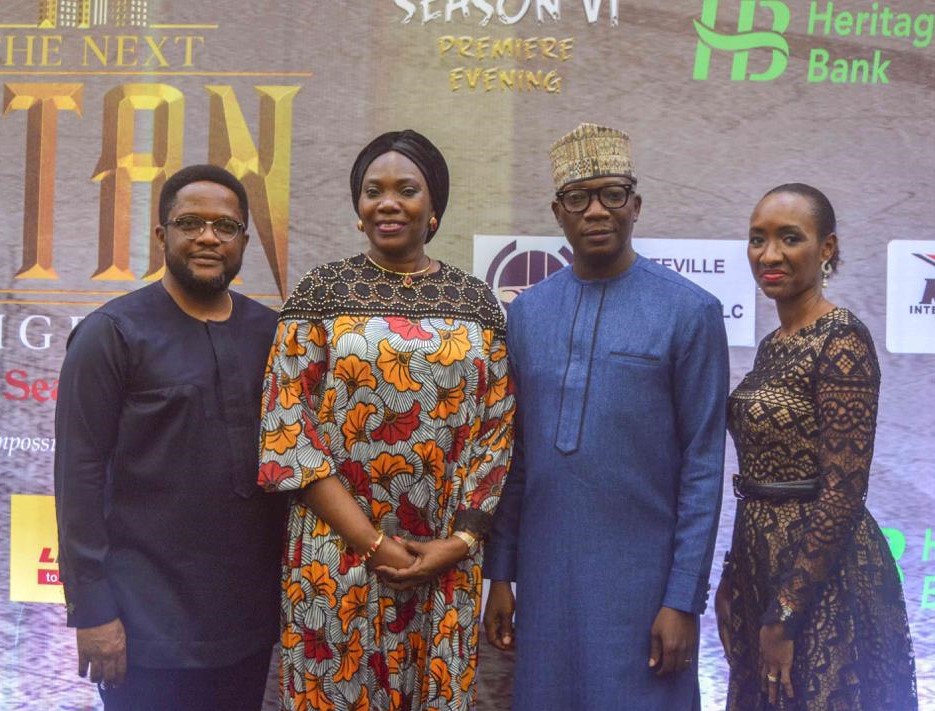 As part of drive to contribute to the growth of economic drive, Heritage Bank Plc has continued to support The Next Titan Season-six; in ensuring that the entrepreneurial targets of the Nigerian youths are attained.

The Next Titan entrepreneurial reality TV show sponsored annually by the Heritage Bank Plc has unveiled the top 16 contenders for the season-6 of the competition.

The 16 lucky candidates were selected from among 50 contestants who made it to the Bootcamp after the auditions that saw thousands of Nigerian young entrepreneurs jostle for selection at the audition centres in Lagos, Port Harcourt, Enugu and Abuja.

The contest is out for the N7 million cash prize staked for grab by the chief sponsor, Heritage Bank, and a brand new Ford car donated by Coscharis Ford Motors.

The cash prize has been increased to N7million from N5million in the last five seasons.

Having emerged top 16 contenders, the entrepreneurs will proceed to the Next Titan House where they will be involved in a-10 week entrepreneurial and social service tasks including trainings and mentorship under the guidance and supervision of astute business leaders who serve as judges.

Speaking at the Premiere Night in Lagos on Sunday, where the top 16 were unveiled, the Regional Executive, Lagos and South West, Heritage Bank, Dimiri Dike, said the programme was one of the ways the bank drives social and economic change as a responsible corporate citizen.

Dike said: “On the economic level, you know that entrepreneurship drives employment, it drives social change, so we are really doing it for both social and economic change. And also, time it was in the past when a lot of people entered entrepreneurship without proper training. This platform, the Next Titan, offers you a very good beginning.

“Some of the advantages and benefits that entrepreneurs in the past never had are what these ones are enjoying. So this is an opportunity for them to be schooled and at least stand the fighting chance from the perspective of knowledge and experience of those that had gone before them to succeed”.

Advising the top 16 contenders, Dike said: “First, be yourself, you have to be humble. The fact that you made it to the top 16 doesn’t mean you are better than those who didn’t get here.  It could have been just one thing or another.  So, if you now go and be thinking that you have now arrived, that lack of humility could be your undoing.

“And more importantly, enjoy the experience because even after you have won; it is the memories of your journey to victory that will keep you going, long after you have become a successful entrepreneur”.

Giving insights into some changes in the programme, the Executive Producer, Next Titan, Mide-Kunle Akinlaja, said: “One, the prize has changed from N5million to N7million. Then two,  we are improving in all areas, content-wise, trying to make the show more entertaining and at the same time not allowing the entertainment to water down the essence of the show, which is entrepreneurship. So, generally, we keep improving”.

The winner of the show will be announced in December at the Grand Finale in Lagos.