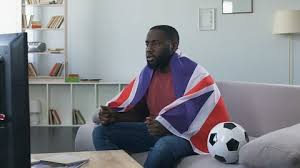 Its football season. The Africa Cup of Nations is underway and as is characteristic of any football tournament, your man, if he is a diehard fan, will definitely be coming home late.

When your man comes home late night after night, sometimes smelling of alcohol and cigarette smoke, cranky because his team lost, it is bound to affect you and put a strain on your relationship. So what do you do when your request to him to watch the game at home falls on deaf ears?

Instead of sulking and constantly nagging him, speak to him in a calm manner, and tell him that his constant late-coming upsets you. Avoid doing this when he shows up at 3a.m. or first thing in the morning when youre rushing to work. Look for a moment when you are both relaxed and can talk rationally.

Your man will most likely explain why he constantly comes late, football being the main reason here. If youre worried about the company he keeps, ask him who is there with him as he watches the matches. It is probable theyll be friends of his, even people that you know.

Ensure that as you speak, both of you air your views and expectations on the situation.

2. Come to a compromise

Once you understand each other, make some agreements. You can accompany him to one or two matches if you wish. Be sure not to tag along for all of them since you will most likely get bored, if youre not a football fan. Also, your partner needs me time and he may want to spend time with the boys.

As you plan to accompany him to one or two matches, ask him if he can watch one or two at home instead of going out. Now that he understands that his going out every night bothers you, he should be able to compromise a night or two and spend them at home.

Take an interest in the games asking him what teams are playing and who won. Taking an interest in your partners likes and dislikes make for a healthy relationship.

In the event his team loses, a man who loves football will not tolerate any snide remarks from anyone. If at all he comes home with his head bowed, know that the game hasnt gone as he expected and he might need some time to lick his wounds.

Lets be honest men. Showing up home past 2 am when all AFCON games end an hour past midnight is questionable. We get you might stay at the bar and analyse the game with your pals, but over analysis isn’t expert, and sometimes after a match one needs to shut up and go home straight.

6. Be ready to celebrate the next morning, if his team has won

In case your mans team has won and he comes home late celebrating and shouting at the top of his alcohol-soaked voice, just know that the celebrations are not ending anytime soon – they might spill over to the next day. So, celebrate with him who knows what his generosity will bring.

Ladies, remember the biggest turn off is nagging. Keep an open mind and allow your partner to enjoy his favourite sport without constantly berating him. Remember he also lets you spend time with the girls so you should be able to extend him the courtesy. And while he is away, go out with the girls, watch a movie or have a girls night in. This can be the opportunity you have been looking for to start that project you have been thinking about.

Keep in mind this is your husband or boyfriend so you trust them. After all, AFCON is just a month of football. After that, you will have him all to yourself.