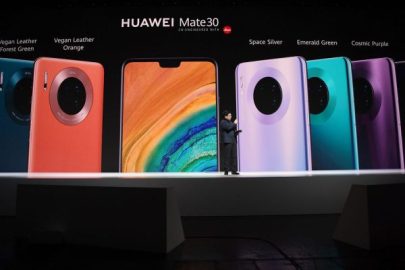 The unveiling on Thursday was done by Richard Yu, CEO of Huawei Consumer Business Group.

According to Huawei, the new generation smartphone, which is equipped with all new Kirin 990 5G SoC processor and comes in six different colors, is the first to integrate processing units and a 5G modem on the same chip using the 7nm+ EUV (extreme ultra-violet) process.

Huawei runs R&D centers in Germany, France and the UK.

Huawei is reported to invest at least 10 to 15 percent of global revenue in R&D each year. And the Chinese giant has invested altogether more than 17 billion dollars in R&D in the last 10 years.