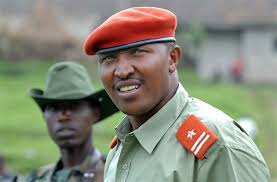 Ntaganda, 45, has been charged with overseeing the slaughter of civilians by his soldiers in the Democratic Republic of Congo volatile, mineral-rich Ituri region in 2002 and 2003. His sentence will be determined at a later hearing.

Prosecutors gave horrific details of victims including some who were disembowelled and had their throats slit, as part of the evidence during his three-year trial in The Hague.

The soft-spoken Ntaganda told judges during his trial that he was a “soldier not a criminal” and that the “Terminator” nickname did not apply to him.

Ntaganda had faced 13 counts of war crimes and five counts of crimes against humanity for his role in the brutal conflict that wracked the northeastern region.

Prosecutors portrayed him as the ruthless leader of ethnic Tutsi revolts amid the wars that wracked the Democratic Republic of Congo after the 1994 genocide of Tutsis in neighbouring Rwanda.

More than 60,000 people have been killed since the violence erupted in the region in 1999 according to rights groups, as militias battle each other for control of scarce mineral resources.

Last year, Ntaganda told the ICC that the allegations against him were “nothing more than lies”.

“I am a revolutionary, but not a criminal,” he said.

Speaking from the Kenyan capital of Nairobi, Al Jazeera Malcolm Webb said that victims of atrocities that were committed during the time that Ntaganda was involved with rebel groups will see this “as a moment of justice”.

“Certainly rights groups and activists who have campaigned for justice and accountability for the many atrocities that have been committed in the Congo in the past decades would see this as a relatively rare moment of justice in the context when people aren’t normally held into account,” Webb said.

“But another thing that critics will be pointing to is that most of the armed groups operating in eastern Congo do have connections to powerful people – politicians in Kinshasa, or in neighbouring Uganda or Rwanda,” Webb said.

The ICC, Webb pointed out, has also been criticised for placing in the dock “people in the middle level of the power structures”.

“And so in some ways, as one former child soldier told me, Ntaganda was a mercenary operating for these more powerful players,” he said.

In 2002, Ntaganda was commander of the armed wing of the political Union of Congolese Patriots (UPC) party, which sought to further the interests of the Hema ethnic group over the Lendu group in the former Ituri district.

“We spoke to some UPC politicians who say that this evidence is fabricated and that the ICC has got the wrong guy in the dock,” Webb said.

Prosecutors said Ntaganda was central to the planning and operations for the UPC rebels and its military wing, the Patriotic Forces for the Liberation of Congo (FPLC).

The FPLC killed at least 800 people as it fought rival militias in Ituri, prosecutors said.

Formerly a Congolese army general, Ntaganda then became a founding member of the M23 rebel group, which was eventually defeated by Congolese government forces in 2013.

Ntaganda, who was born in 1973 in Rwanda, but brought up in the Ddistrict has been accused by UN investigators of amassing considerable wealth by running a large extortion empire in North Kivu, manning rogue checkpoints and taxing the area many mines.

He was also the first-ever suspect to voluntarily surrender to the ICC. In 2013, he walked into the US embassy in the Rwandan capital Kigali and asked to be sent to the court in the Netherlands.

Ntaganda is one of five Congolese rebel leaders brought before the ICC, which was set up in 2002 as an independent international body to prosecute those accused of the world worst crimes.

Ntaganda former FPLC commander Thomas Lubanga was sentenced to 14 years in jail in 2012.

But the ICC has suffered several setbacks over recent years with some of its most high-profile suspects walking free, while it has also been criticised for mainly trying African suspects so far.

In a separate hearing on Monday, judges are to determine whether there is enough evidence for a Malian hardliner to face trial for demolishing Timbuktu fabled shrines, as well as for rape, torture and sex slavery.

CASON Urges Strict Self-regulation to Save Churches, Pastors from Embarrassment