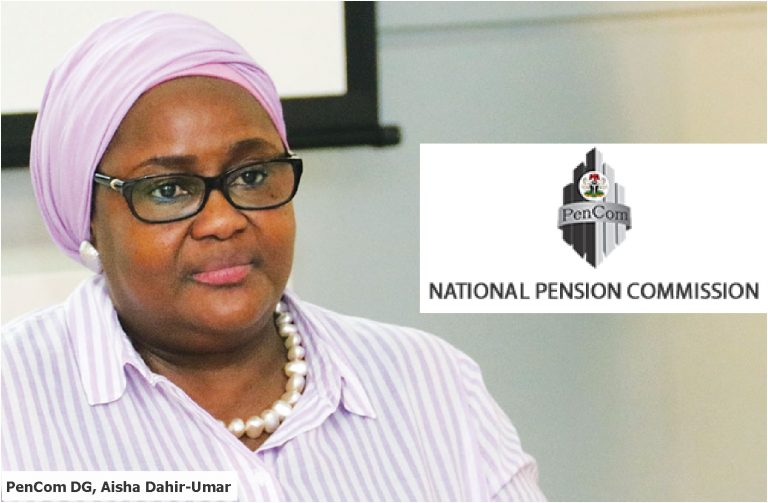 The Independent Corrupt Practices And Other Related Offences Commission, ICPC, is set to probe the acting director-general of the National Pension Commission (PenCom), Aisha Dahir-Umar, for alleged misappropriation of funds, flagrant violation of procurement process and abuse of office, Prestige Online reports.

The investigation, Prestige Online gathered, follows recent findings by the joint Senate and House of Representatives Committees on Pensions, which revealed high level of financial recklessness in the commission headed by Dahir-Umar.

According to the committees, the pension commission fraudulently spent N9 billion on salaries of only 386 staff, and another N12.3 billion (of the Internally generated revenue of the commission) without approval of the National Assembly. The committees noted that by the PENCOM DG’s summation, the N9 billion salaries are estimated at an average of N2 million monthly per staff.

The chairmen of the committees, Senator Ibrahim Shekarau and Hon. Ibrahim Rurum, also raised concerns over delays and non-payment of pension entitlements to retirees by the management of PenCom.

The lawmakers said the claim by the director-general of PenCom, that the secretary to the Government of the Federation approved the proposal on the utilisation of the revenue accrued to the commission was baseless, stressing that it was contrary to Section 21 of the Fiscal Responsibility Act, 2007, and Section 80(4) of the 1999 Constitution (as amended).

On the delays/non-payment of pension entitlements to retirees, the committees disclosed that the number of retirees under the Contributory Pension Scheme as at 30th September, 2019 were 298,614; while the pension industry membership had grown to 8.85 million people. But “thousands of retirees especially primary school teachers in many states of the federation who retired in 2014, 2015, 2016, 2017 and 2018 have not been able access their contributions in the Retirement Savings Account, due to unknown reasons”.

Prestige Online gathered that another issue raised by the committees is the illegal appointment of Dahir-Umar as the commission’s acting director-general. The lawmakers noted that Dahir-Umar has been in acting capacity for four years, with any backing from neither the PENCOM nor any other law even as the federal government has refused to constitute a board for the pensions commission, in contravention of section 19 of the Pension Reform Act, 2014.

The act states in Section 19 (1), that “there is established a governing board for the commission (in this Act referred to as the Board). “The Board shall consist of a part-time chairman who shall be a fit and proper person with adequate cognate experience in pensions matters, the director-general of the commission, four full-time commissioners of the commission, a representative of each of the following agencies and institutions, Head of the Civil Service of the Federation, Federal Ministry of Finance, Nigerian Labour Congress, Trade Union Congress of Nigeria, Nigerian Union of Pensioners, Nigerian Employers Consultative Association, Central Bank of Nigeria, Securities and Exchange Commission, Nigeria Stock Exchange and National Insurance Commission”.

Recall, the committees had rejected the commission’s proposed 2020 budget following these anomalies.

A source in the know, however, informed Prestige Online that the anti-graft agency will be inviting the acting director-general, alongside some directors in the commission to answer to the allegations after the coronavirus (COVID-19) stay-at-home ordered by President Muhammadu Buhari.