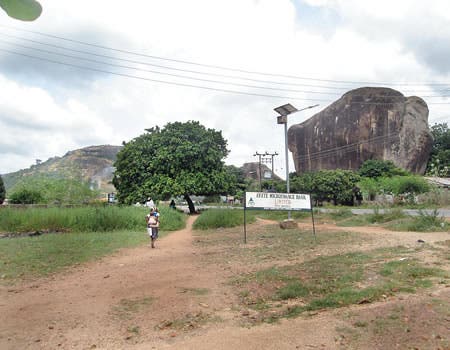 A dusk-to-dawn curfew has been imposed on Igangan communities as part of efforts to curtail the likelihood of reprisal attacks over the eviction of herders penultimate Friday.

The decision was arrived at by residents and indigenes, including, the traditional ruler, community leaders and youth groups.

They also demanded an investigative committee to look into allegations of atrocities and crimes levelled against evicted Seriki Fulani of Oyo state, Abdulkadir Saliu.

Convener, Igangan Development Advocates, Oladokun Oladiran, told The Nation the curfew option was because of lack of faith in security measures by the government.

He said have not seen the 200 Amotekun operatives reportedly deployed by Governor Seyi Makinde.

He urged the Governor to personally visit the affected communities to see things for himself, especially the havocs unleashed on residents by criminal herdsmen.

He said: “Igangan is going smoothly, things are fine. The town imposed a curfew of 9 pm to 5 am just to secure lives and property.

“It was the joint decision of the monarch, his chiefs, council of elders and all the bodies and associations in Igangan.

“It was a consensus and everyone and anything from 9 pm, there would be a patrol. This is to prevent reprisal attacks.

“The Operation Burst has been deployed to resume patrol including the local vigilante group whom I know would not also go to sleep.”

Emphasising people of Igangan are not against Fulanis in their midst, he explained: “As we speak, if you get to a particular we call Ile Bamogba in Igangan, presently as we speak, you will find Fulanis there. They are living peacefully, going about their daily chores, unthreatened.

“If you get to AUD in Igangan, right now, you will find Fulanis there living peacefully in their houses, coexisting peacefully with our people and they are unthreatened.

“They are going about their daily activities and daily chores, despite all these things. Their business is going on as usual because they don’t have any threat to their lives. No threat at all to their lives.

“So, Fulani people are still living in Igangan. Some Fulanis have stayed with us for years that they even have Yoruba names. Some of them even have Yoruba appellations. So, what are we saying?

“What Igangan and the entire Ibarapa rose up against is a crime Lord. Somebody who has turned crime into business, who is making millions on kidnappings, regardless of the blood that flows or who they kill, who have given the criminals the support they need, who have given the criminally minded Fulanis and Bororos the support they need to carry out these dastardly acts which had led to our people living under an oppressive fear.

“Whenever I am home and I am going to my farm, I will call other youths so we will gather together and go to the farm and when you are on the farm, you don’t stay alone but in groups so that as you are doing whatever our are doing, others are watching out.

“Because what they do is to strike fear into the heart of the people. The people leave their farms abandoned out of fear. They say they can’t continue on their farms and over the years you will discover that when you get back to that farm, a Fulani person is already on it.

“He is already on it cultivating it. Sometimes, they will leave it for grazing, some times, they will cultivate and that was going on for years and the Seriki was happy about it, his people are happy and they love him for that because they know they have a defender and so, there are reports of he too now using them also for various atrocities and even to kidnap and to silence any opposition to his reign.

“So, his reign has been that of terror and you don’t bring such a person back and if you are so naive and believe that these are folk tales or tales by the moonlight, why don’t you investigate, set up an investigation, and let’s help you with it?

“Come and speak with the victims one on one. Enter their houses. The Governor should touch down at Igangan, visit two or three people. He is the Governor of the people, let the people feel his heart for God’s sake.”

On the deployment of Amotekun operatives, h said “No, but we want to believe the Governor. We don’t have any iota of doubt on the Governor.

“The fact remains that the Governor as far as we are concerned is acting based on the fact that he wants to be very fair to everybody but in doing that, in his applying legal fairness to everybody, he is trampling upon us and shutting us up and introducing a knife to our heart unknowingly.

“What he would have done is to try to say that he believes us as his people and that he should hear us out while also extending the same hand to the those also residing with us from other parts of the country and assures of a lasting solution. And while doing that, he is investigating and trying to find out the truth.

“At least I can remember that officially we documented all these suggestions that the Governor is putting to use since December 21st, 2020 in a meeting with the Executive Assistants to the Governor on Security.

“Those are the things that made us reserve a place in our heart that perhaps, the Governor is being misled that our stories are over-bloated.”

See how Sule Lamido blasted Tinubu, Fashola, others over Fulani situation in Southwest