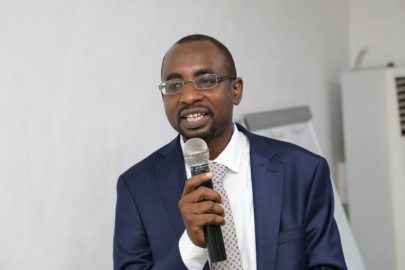 The newly appointed Director-General of the National Information Technology Development Agency (NITDA), Mr Kashifu Abdullahi has said that his vision is to completely transform the agency into a smart organization.

Abdullahi, made this known during the staff general meeting held at the agency’s corporate headquarters in Abuja on Thursday.

The new DG, while admonishing staff of the organization to sit up and deliver on their official responsibilities, further stressed that he was a result oriented individual, who would not accept complains, and had an open-door to progressive ideas.

“My vision for NITDA is to completely transform the agency into a ‘smart organisation.

“Working as a team, everyone has a role to play, from those at the top to those at the bottom of the ladder,” the NITDA boss said.

Abduallahi, a graduate of computer science from the Abubakar Tafawa Balewa University, Bauchi and a trained strategist with 15 years of experience in IT operations, business transformation and solution architecture across both private and public sectors, was recently appointed the fifth director-general/CEO of the IT agency by President Muhammadu Buhari.