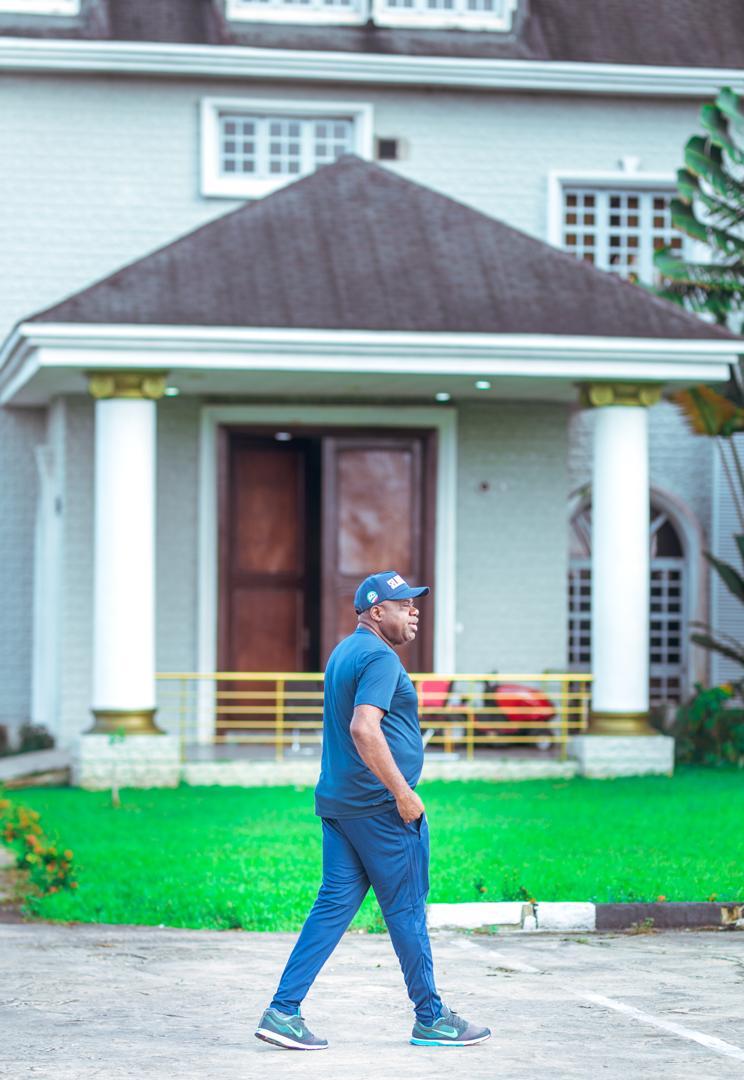 It was a friendly, cool and serene weekend as ardent soccer lovers gathered to keep a date with physical fitness. All garbed in their sport kits and ready to show the good people of Bayelsa the stuffs they are made of as far as football is concerned. One of the great sons of Bayelsa on the field is the governorship candidate of the Peoples’ Democratic Party in the forthcoming November 16th election in the state, Senator Douye Diri. Though, it initially appeared to spectators that the Senator representing Bayelsa Central at the Upper Chamber may just be at the occasion just to acclimatize with his people, only few knew that he would be a major participant of the soccer fiesta. He, indeed made the football showpiece a wonderful and memorable experience for all and sundry. 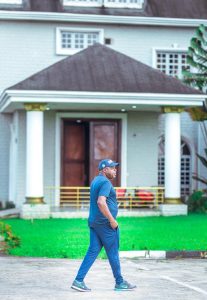 Acording to one of the participant, he attended the showpiece with his brother to watch the Bayelsa ‘superstars’ displaying their God-given skills and soccer artistries. He is one of the best things to happen to the people of Bayelsa State, Senator Douye Diri was on the other side. The celebrities among others were indeed cynosure of all eyes as the epic football match started. The performances of the two sides brought back an unforgettable memory of past football matches held in the state.

Senator Diri’s side was trailing the other team by 2 goals to 3. This development brought a heavy sad look on the faces of those in support of the Senator’s side

Despite being led by the one goal margin, the Senator Diri’s team kept playing as if they were the ones leading, not allowing the strikers of the opposing team to add more to the goal tally. And within a twinkle of an eye, as the match was about to come to an end, even when the supporters of the Senator’s team almost gave up hope on any equalizer, the in-coming governor stroke brilliantly and he leveled up scores to bring back smiles on the faces of Diri’s supporters. It ended 3 apiece and Senator Diri’s goal was adjudged the golden goal of the match. This is simply a signal to the unique administrative abilities and skills Senator Diri will bring into the affairs of Bayelsa State, given the mandate on November 16th, 2019. 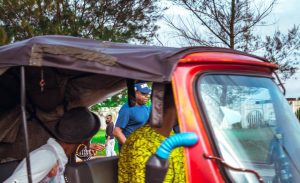 There is no doubting the fact that Senator Douye Diri will put the development of sports and youths in Bayelsa State on the front burner as the number one citizen of the oil rich state and he is ever ready to put smiles on the faces of the youths. As a patriotic Nigerian and a man who knows the importance of the youths in any sane society, Senator Diri would not leave any stone unturned in including the youths in his government, giving them the benefit of being stakeholders in the affairs of the state. He knows quite well also that the youths are very energetic and ready to tap on a necessary opportunity and this has paved way for the Nigerian youths in engaging in several anti-societal behaviours and crimes to the detriment of their images. Senator Diri believes vividly that if an avenue like sport could be well tapped into, the sky will only be the limit in youth emancipation, rehabilitation and reorientation. According to him, he will embark on massive employment of the youths and also not leaving out the elders who are also potent members of the communities all across Bayelsa State. The philanthropist of note also plans to bring on board several sports stars of Bayelsa origin who have made huge names for the country both locally and internationally. Cutting across football, swimming, boxing, athletics, wrestling and many other sporting activities, Senator Diri will, no doubt deliver Bayelsa sports to the highest peak.

He is indeed a man of his words and it will be very justifiable to vote such a man of passion and willingness into seeing to the affairs of Bayelsa State, a state that has been deprived of its rightful dividends of democracy for many years regardless of the fact that the state has produced one of the duly elected civilian presidents of Nigeria. A feat only a few states could boast of.

It is left for the people of Bayelsa State, most especially the youths to cast their votes for the man that will breathe a new life into sports development which is one of the most vital tools of their young minds and ensure their sporting careers and future.

While speaking to some residents of the neighbourhood where the football match was played, some are of the view that Senator Douye Diri was only using that as an opportunity to win the hearts of the people of Bayelsa State in order for them to cast their votes for him but many debunked that criticism saying that Senator Diri is never a man who hides his feelings and he would not stoop so low to deceive anybody just because he wants to be governor of Bayelsa State. He has been doing this sort for things for years while serving in all the offices in found himself up till today as a Senator. More than 90 percentage of people in his locality vouched for his open-mindedness, caring and undented spirit of brotherhood. He is a man who wants  people around him regardless of class and caliber. He never looked down on anyone and ensures that he maintains cordial and mutual relationships with everybody he comes across. He loves football and his passion for the game is not only in watching it, but practicing it physically on the pitch whenever the opportunity arises.

His coming in as the 5th civilian governor of Bayelsa State will surely bring a new dimension for sports in the state thereby improving tourism, hospitality and business in general. This is a state that has been yearning for the return to action of all sporting activities so as to enable the young talents in the state discover to the outside world for international recognition, accolades and laurels just like the likes of Samson Siasia, Daniel Igali, etc who are all Bayelsans that took the great name of Nigeria to global sporting perspectives.