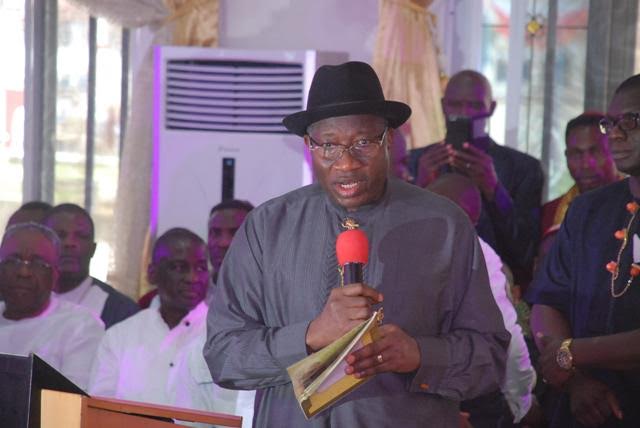 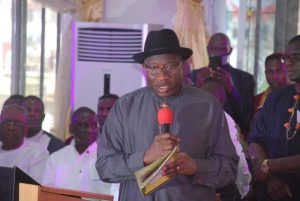 Goodluck Jonathan, former Nigerian President, has disclosed that he is under pressure to contest in the 2019 election.

The former President said he is moved to tears, each time he sees people shouting, “GEJ, we want you back.”

Ruling out the possibility of returning to office, Jonathan said such will make him to reflect on his achievements and mistakes while in office.

Jonathan made the disclosure while speaking with veteran journalist, Dele Momodu and was contained in the latter’s article, The Pendulum.

In the article, Jonathan was quoted as saying, “I’m not God but I sincerely doubt the possibility.

“People come to me every day saying they want me back. I’m always moved to tears whenever I go out and see the huge crowds shouting GEJ, we want you, even in the north.

“Instead of getting swollen headed, I actually reflect on my achievements and mistakes and feel humbled and feel very sober…

“I have never been a man of inordinate ambition. I’m a man of very modest means. I hardly travel because of the logistical costs. I’ve played my part and I have moved on.”

Asked what he would do if the Peoples Democratic Party (PDP) gives him its presidential ticket in 2019, he said: “Are you not aware that our party has zoned the presidency to the north, and the chairmanship to the south?

“Even Fayose that has declared his interest may face big challenges because of the decision of our party.”

” We have reserved enough food for 2018 shortages” – Minister Of Agriculture