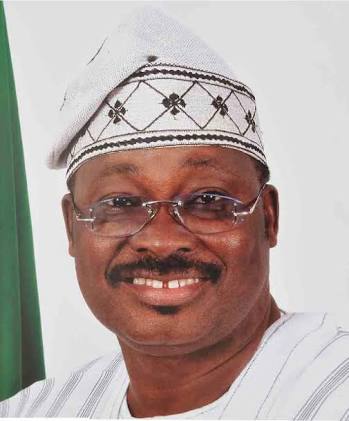 Oyo State Governor, Senator Abiola Ajimobi, has said that Chief MKO Abiola and other heroes and heroines who paid the supreme price for the actualization of June 12, 1993 presidential election did not die in vain after all.

In a statement by his Special Adviser Communication and Strategy, Mr. Bolaji Tunji, the governor said that the declaration of June 12 as Democracy Day by President Muhammadu Buhari was a vindication of the clamour, in the last 25 years, for the recognition of Abiola’s sacrifice.

The governor congratulated the people of the state and all democrats across the country on this year’s commemoration of the June 12 annulment, noting that the struggles of the years past are beginning to yield the desired dividends.

Ajimobi said that this year’s occasion presented a veritable opportunity for the people to celebrate and also reflect on the ideals that Abiola and other pro-democracy activists lived and died for.

The governor advised the people to continue to defend democracy and its institutions against anti-democratic forces no matter the odds.

While describing the late politician and business mogul as a symbol of democracy, he praised him for his strong conviction that ordinary Nigerians must be freed from the shackles of oppression and poverty.

Ajimobi said, “It was this conviction that Nigerian masses should be freed from their oppressors and that the destiny of the whole nation should not be held to ransom by a cabal that propelled him to stand by his mandate and to defend it to the last.

“Apart from Abiola, the democracy that we all are enjoying now was also made possible by the likes of Chief Abraham Adesanya, Chief Anthony Enahoro, Chief Gani Fawehinmi, Rear Admiral Ndubuisi Kanu, Chief Frank Kokori, Asiwaju Bola Tinubu among others.

“We must continue to do everything to preserve the memory of June 12, which was the day that Nigerians shelved ethnic or religious biases to take their destinies in their own hands.’’

Governor Ajimobi prayed for the repose of the souls of Abiola and other Nigerians who lost their lives in the struggle to actualize the annulled election.