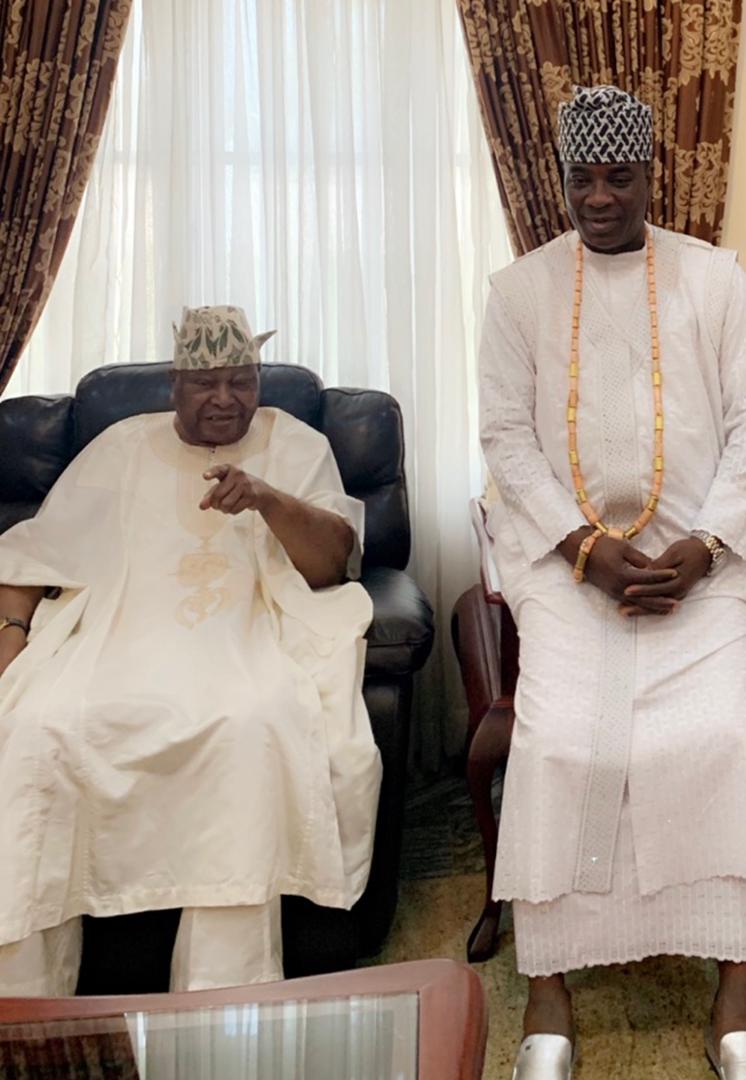 Oluomo Wasiu Ayinde Marshal, Mayegun the first of Yorubaland, has joined millions of people around the world to rejoice with the paramount ruler of Ijebuland, Oba Sikiru Kayode Adetona (Ogbagba II) CFR, on his 61tst coronation anniversary.

The highly influential artiste who is popularly known as K1, in a statement released by his media aide, Mr. Kunle Rasheed, describes the highly revered ruler as one of the foremost traditional rulers in the country that commands enormous respect.

K1 said that the Monarch who ascended the throne on April 2, 1960, has brought impactful development and unity to Ijebuland and wished him long life in good health.

The statement reads
“Salutations to my great royal father and paramount ruler of Ijebuland HRM, Oba Sikiru Kayode Adetona (Ogbagba II) CFR, the Awujale of Ijebuland on the milestone 61st anniversary on the worthy throne of your forefathers . Kabiesi, as you march gracefully in your 61st year on the throne, may you continue to be in good and sound health with more longevity to project your domain in peace and harmony which hass benn your hallmark. .

Through the years, your impactful leadership has brought not only development but you’ve been able to unify Ijebu sons and daughters both home and abroad .

In Nigeria today, you remain one of the most respected monarchs which gives us your son’s and daughters unlimited joy and satisfaction.

Kindly accept my sincere congratulations with love from your son, Oluomo Wasiu Ayinde Marshal, Mayegun the first of Yorubaland. .