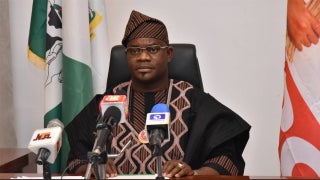 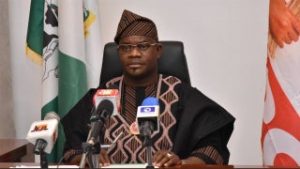 Ahead of the governorship primary election of the APC, the screening committee of the ruling party, on Monday, disqualified 12 of the 16 aspirants vying for the seat of the governor of Kogi State on its platform, Premium Times reports.

The Independent National Electoral Commission (INEC) had announced plans for the upcoming Bayelsa and Kogi governorship elections. The elections will hold simultaneously in the two states on November 16.

The disqualified aspirants include Mohammed and Mustapha Audu, sons of the late Governor Abubakar Audu.

The seven-member screening committee led by Hope Uzodinma, however, cleared the sitting governor, Yahaya Bello, and three others. The others are Hassan Abdullahi, Ekete Blessing, and Abubakar Bashir.

The party’s reasons for disqualifying the aspirants ranged from some of them being non-financial members, invalid nomination forms, invalid age declaration, and invalid membership cards.

For instance, one of the reasons the committee gave for not clearing all of the disqualified aspirants was that they were not financial members of the party. this means that they have not been paying dues to the party.

For an individual to contest for an office according to the APC constitution, he or she must be a financial member of the party for at least a year. A new member who must contest must be granted a waiver by the national secretariat.

Another reason for the disqualification given by the committee was that some of the aspirants had discrepancies in their age.

They accused Mohammed Onaili of having two different dates of birth.

“Aspirant admitted to it and has no reasonable explanation to give,” the committee said in its report.

Another aspirant who was also disqualified based on age was Usman Jibrin whom the committee said had two different dates of birth.

Others disqualified on issues that bother on age declaration were Mustapha Audu, Yahaya Audu, and Babatunde Irukera.

Another common reason for the disqualifications was incomplete/invalid nomination by party members. This means that the aspirant did not get the required number of party members to nominate him or her.

Reacting to the development, Mustapha Audu said his disqualification was a “fraud” by the party authority in connivance with some members.

The National Chairman of the All Progressives Congress (APC), Adams Oshiomhole, addressing the press.

He said he had been sending money to the party and has bank transfer evidence to show even though the party does not issue a receipt.

“Every time the party called that they need money, I have always been giving them even though the party has never issued a receipt,” he said.

He accused the national chairman of the party, Adams Oshiomhole, of doing the bidding of Governor Bello instead of ensuring a level playing ground for the aspirants.

“I have been trying to reach our party chairman on several occasions through calls and text messages but he has never responded only to be seen gallivanting around with Yahaya Bello,” he said.

“The chairman of the screening committee personally told me before the screening that his job is to remove 12 people but ended up removing 14 aspirants.”

When asked about his next line of action, he said what happened in Rivers State will repeat itself in Kogi as he is set to challenge the party’s decision in court.

“It will be the Rivers situation. What happened in Rivers was that they went to court and the court told them to hold on till the court decided but they went ahead with the primary which made the court decide that APC will not have a candidate in the last governorship election in the state.

If you want to beat someone in the game, you need to beat them squarely not by cheating other aspirants after we have paid tens of millions for this. They collected our money with no single orientation or meeting,” he added.

He also said they will seek the help of the court and EFCC to investigate the abnormalities that happened during the screening.

The screening committee was inaugurated by the party chairman on August 21 while November 16 remains the date scheduled by INEC for the governorship election.