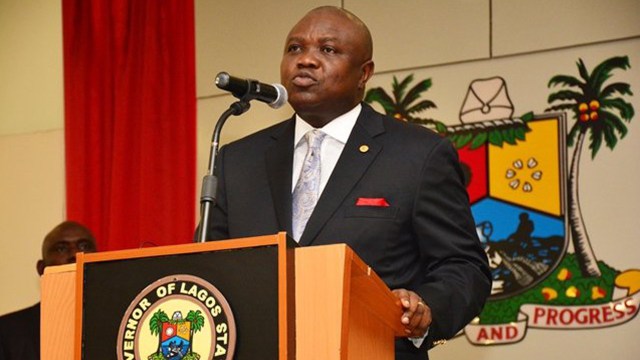 “In the last two or three weeks, they’ve been put up a campaign of calumny in the social media and also disparaging our personality and our character, but we have never responded; we have never abused anybody — because we believe that there’s always a reason for us to come together as a family,” he said on Sunday while addressing a ‘World Press Conference’.

“We are one family in the APC, but the truth is this, the aspirant that is being put up to compete against us is not a fit and proper person to take this position. This is the truth.

“Party leaders and party members have been misled into thinking that this is a greater candidate than me. I have done everything in the last three and a half years to serve people selflessly and to serve the poor. Most of the projects we are doing are about alleviating the sufferings of the poor. And the only way out for us is to continue to do that in the next four years.

“This particular aspirant — you can go and check, the records are there — is somebody that has been arrested for spending fake American dollars in a nightclub.”

Ambode rounded off his speech by urging party leaders not to allow the opposition to take away Lagos from them by fielding a weak candidate.

SANWO-OLU TO AMBODE: You Will Regret Decent To Low Conduct