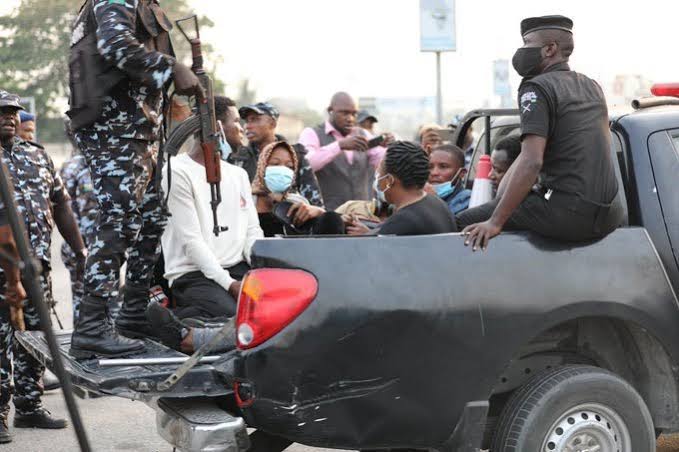 Popular comedian Debo Adebayo, also known as Mr. Macaroni, has been arraigned before a mobile court and granted bail.

The youths arrested by security operatives on Saturday, for demonstrating against the resumption of operations at the Lekki tollgate, have been granted bail.

The demonstrators had gathered on Saturday morning to protest against the decision of the Lagos judicial panel, which granted approval to the Lekki Concession Company (LCC) to resume operations at the tollgate.

Earlier, more than 100 officers, including personnel of the police force and the Nigeria Security and Civil Defence Corps (NSCDC), had been deployed to the tollgate on Friday evening, in line with the directive by the Lagos police commissioner that no protest would be allowed to hold.

More than 30 youths were arrested at the Lekki tollgate, venue of the protest, and arraigned before a mobile court in Yaba, Lagos.

They were taken away in police trucks and a “Black Maria” van and escorted by security operatives away from the tollgate.

They were arraigned on charges bordering on flouting the COVID-19 protocol on public gatherings, and “breaking an order not to protest”.

They were granted bail in the sum of N100,000 each, with sureties in like sum.

WITH YOUR FIRSTMONIE WALLET, YOUR VALENTINE HAS GOT A BOOST WITH BONUS DATA AND AIRTIME