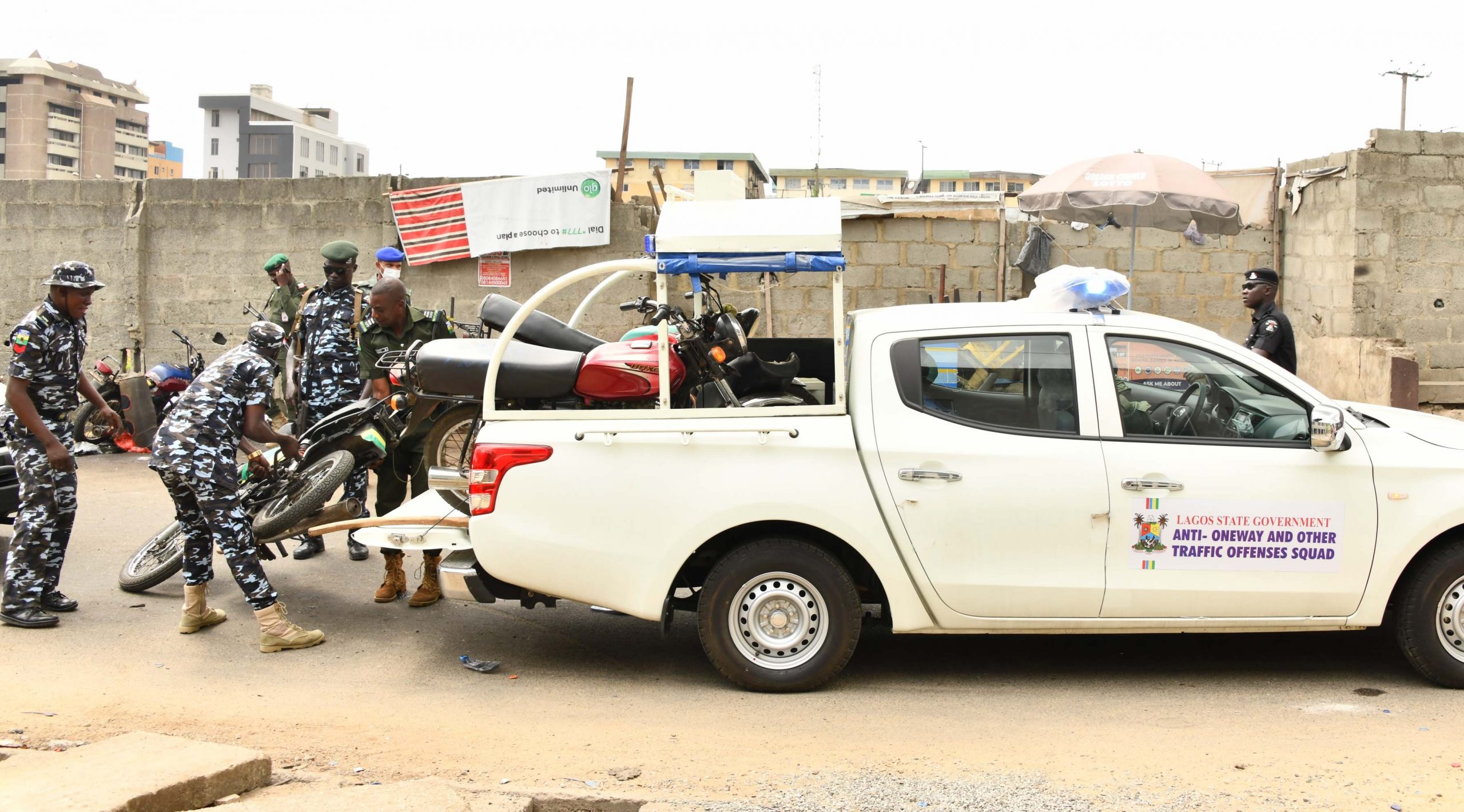 Motorists driving against the traffic in Lagos will now face stringent penalty, as Lagos State Government, on Monday, launched a special security team to checkmate one-way driving and other traffic offences.

The new operation, codenamed “Anti-Oneway and Other Traffic Offenders Squad”, was raised by the Commissioner of Police, Mr. Hakeem Odumosu, at the instance of Governor Babajide Sanwo-Olu, with the specific mandate to arrest and impound vehicles plying one-way, BRT lanes and also motorcyclists operating in restricted areas.

In the maiden enforcement of the outfit on Monday, the GMT team combed Ikeja, Ojota and Maryland axes, arresting Okada riders who defied the State’s traffic restriction order.

The team also burst a residential area in Ikeja habouring Okada riders that are flouting the State’s Transport Sector Reform Law of 2018, retrieving various motorcycles from the building.

Some of the offenders were arrested in the enforcement for prosecution.

Jejeloye vowed that the team would not be lenient on those flouting Lagos traffic regulations, warning motorists who may have intention of driving on one-way lanes to desist from the act.

He said: “We have been mandated by the Commissioner of Police to stop acts of indiscipline by some motorists who are in the habit of flouting traffic regulations of Lagos State. We will discharge this duty without fear or favour, and our activities will be professionally exercised in line with the mandate of the team.

“I, therefore, urge motorists to obey the traffic laws and be patient when driving on the roads. We will not be lenient on motorists that are in the habit of committing traffic offences. Offenders arrested will be prosecuted and have their vehicles confiscated.”