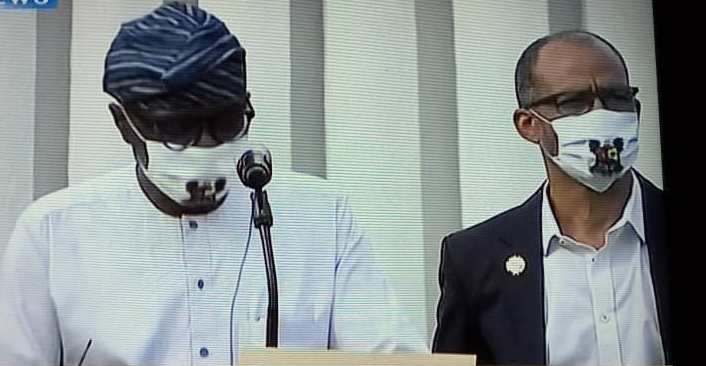 Lagos State Governor, Babajide Sanwo-Olu on Saturday said the government would conduct mass burial for bodies in mortuaries, if not evacuated by their families within the next two weeks.

The governor, at a news conference at the State House, Marina, Lagos said due to Coronavirus, many families have not been able to bury their dead ones in the last two months, which made the mortuaries to get filled.

He said there was the need to urgently decongest the mortuaries at this period and that he was giving families who had loved ones in the mortuaries the opportunity to bury them following the laid down guidelines.

Sanwo-Olu said he had given two weeks deadline for such families to evacuate their loved ones from the state-owned mortuaries, saying that after the expiration, the government would be forced to conduct mass burials for unclaimed bodies.

The governor stated that this was not a time for families to wait for their members abroad to come down before giving their loved ones befitting burials, urging them to conduct such burials within the state immediately by maintaining physical distancing.

He also banned any form of party, receptions or gatherings after such burials in order to avert spread of Coronavirus.

Sanwo-Olu emphasised that it was not those who died from Coronavirus that made the mortuaries to get filled up, but accumulated dead bodies overtime occasioned by stoppage of burials during this period.

He said he expected lots of families to comply with the two weeks ultimatum as government had to take such tough measures to decongest the mortuaries.

On Face Mask, Sanwo-Olu said it was now compulsory for everybody to put on a face mask in the public, as it would help to curtail the spread of the virus.

He emphasised that government had contracted the services of local tailors to produce millions of face masks that would be distributed to the public free.

Sanwo-Olu urged members of the private sector to patronise local producers of face masks for their workers, as government’s own distribution would not go round.

FirstBank mourns death of its staff, Abdullahi Lawal in Kano