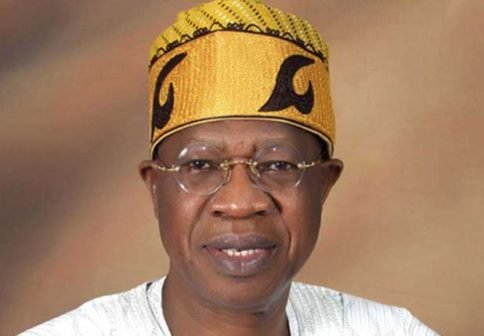 The Award was conferred on the minister at the 60th anniversary of Oro Grammar School and the launching of N100 million appeal fund by the Old Students Association of the school.

The award, according to the organisers of the event was in recognition of the numerous contributions by the minister to the school, Oro community, Kwara and the nation at large.

The minister renovated and equipped the science laboratory and two blocks of classrooms as contributions to the development of the school.

Speaking at the event, the ministersaid he had secured a N150 million education intervention fund for the College of Education, Oro from the Tertiary Education Trust Fund (TETFUND).

He also announced the approval of award of contract for the construction of Obajana-Omuaran-Ilorin road by the Federal Government.

Mohammed said he secured the award for the road construction with the assistance of his colleague ministers in the Federal Executive Council.

The minister, who expressed concerns on the harrowing experiences by the road users said they would soon breathe a sigh of relief.

He said the contracts for the construction of the road was awarded to two contractors which would soon mobilise to site.

The minister said that Dangote Group which had its cement factory on the axis had commenced construction of its own section of the road.

He said a speedy completion of the road would help to reduce time wasted by commuters and put an end to the attacks by hoodlums on the road.

Mohammed, who hails from Oro, said he was working with the Federal Road Maintenance Agency (FERMA) for the rehabilitation of the roads in the town and its environs.

The minister said he had secured the assurances of the Minister of Works, Power, and Housing, Babatunde Fashola that the rehabilitation projects would commence soon.

The minister also said that he was working with the Ministry of Water Resources for provision of portable water across the three senatorial districts of Kwara.

He recalled that his ministry launched the Digital Switch Over (DSO) in February in Ilorin, thereby placing the state among the first round of states to transit from analogue to digital terrestrial television.

Mohammed said in order for the entire state to be covered with DSO, he has approved the construction of base stations in Oro and Lafiaji.

Speaking on the award conferred on him, the minister said it would spur him to do more and attract more developmental projects to his community.

He underscored the need for public spirited citizens and philanthropists to contribute to the development of their communities, noting that government could not do everything alone.

Mohammed said although, the school was not his alma-mata, he was attracted to contributing to its development because of its history and the fact that his late brother, Wahab Mohammed was a foundation student of the school.

He said Oro Grammar School was conceived and founded in 1948, with a donation of 20,000 pounds by the forefathers of the community who were keen at giving education to their children.

The minister noted that the school had been exceptional in academics and sports since inception, recalling that “it was a terror to other schools in soccer in the North and beyond’’.

Gov. Abdulfattah Ahmed of Kwara, who corroborated the minister’s position, said it was imperative for people to give back to their community which had assisted them in one way or the other.

The governor, represented by Hajia Maryam Garba, the Permanent Secretary Ministry of Education said the government was committed to completing all ongoing projects.

The President of the school association, Mr Folorunsho Alao, thanked the minister for creating time out of his busy schedule to attend the event and for his contributions.