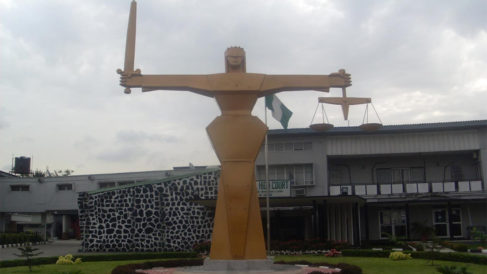 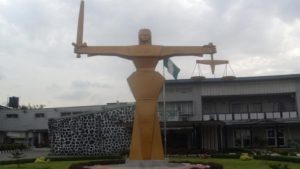 A lawyer, Edward Oseghale, arrested by the police at the premises of Surulere Magistrates Court for allegedly forging a court judgment has been arraigned.

Oseghale was arraigned before Magistrate Court presided over by Magistrate O.A Ojo, sitting in Ikeja, for procuring false judgment and using it to evict tenants from their homes.

He pleaded not guilty to the five-count charge bordering on forgery, and was granted bail in the sum of N50,000.

Stating the fact of the case before his arraignment, the prosecutor, Sergeant Kenrich Nomayo, told the court that the defendant committed the alleged offence on June 29, at Yaba Magistrate Court.

Nomayo alleged that the defendant forged the signature of the Registrar to Yaba Magistrate Court, Mrs Busola Banjo.

According to him, the defendant had also, on July 6, forged the signature of Magistrate O.A Banjo on a forged judgment with suit no MCY\103\18.

He was also accused of forging magistrate court’s cashier stamp.

While granting the lawyer bail, Magistrate Ojo ordered the defendant to provide responsible sureties, one of which must be a property owner in Lagos and must be working with a reputable company.

The magistrate also ordered that the sureties must be gainfully employed and should show evidence of three years tax payment to the Lagos State government.

The matter has been adjourned till November 8 for commencement of trial.