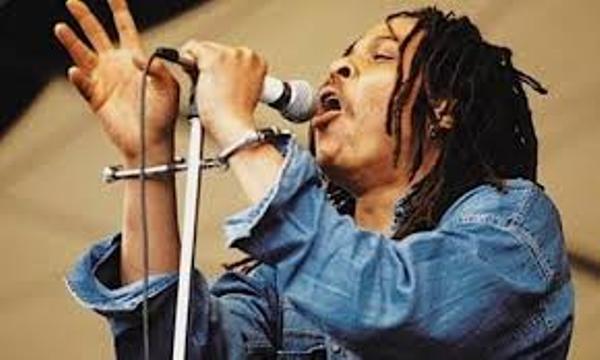 Charly Boy extolled the late reggae icon in an interview with the News Agency of Nigeria (NAN) on Wednesday in Abuja.

The Nigerian entertainment industry was thrown into mourning on Tuesday when Fashek’s death was announced by his manager, Omenka Uzoma, on his Instagram page, saying the singer died in New York, where he was receiving treatment.

Music lovers, celebrities and fans of Fashek across the world have taken to their social media platforms to mourn and pay tribute to him.

According to Charlyboy, Fashek, popularly known as ‘The Rainmaker’, was a revolutionary musician whose music send messages that addressed social issues that affect society.

The former president of the Performing Musicians Association of Nigeria (PMAN) said he came in contact with the late artiste over three decades ago and worked together in the early days of their music careers.

“My father came from Lagos to Oguta, my home town, along with Majek Fashek, and he spent one good year with me.

“In fact, he sketched his hit song ‘Send down the Rain’ in my small studio then in the village, where I also learnt a lot from him about music.

“Majek was both handsome and talented as a music artiste, and he was a lyrical wizard because his lyrics were so powerful and revolutionary.

“There were other talented musicians during his era, but the message in his songs are so on point and that is why I so much admired him,” he said.

The ‘Areafada’ noted that although Fashek was no more, his songs will remain timeless because of the inspiration behind the lyrics.

He however prayed that God should grant the family of the departed artiste the strength to forge ahead, as death is an inevitable debt every mortal must pay.

Majek Fashek, born Majekodunmi Fasheke to a Benin mother and an Ijesha father from Osun State, had a legendary music career that spanned over three decades before his demise at age of 57.

He was best known for his 1988 album ‘Prisoners of Conscience’, which consists of the acclaimed song ‘Send Down the Rain’, a hit that earned him the moniker ‘The Rainmaker”.

Some of his musical hits that defined Fashek’s career include ‘So Long, Too Long’ which was released in 1991 with a strong political and pan-African message, and ‘Free Mandela, Free Africa’, his anti-apartheid anthem.

Others are ‘Majek Fashek In a New York’, a song about his experience the first time he visited New York, which later became his second home; ‘Religion Na Politics’, a hit in his 2012 album, ‘I & I Experience’.

In 2015, Fashek was reported bankrupt and battling drug addiction.

He was admitted into a drug rehabilitation centre in Abuja where he recovered and returned to music.

I will bring killers of Omozuwa to book – Buhari