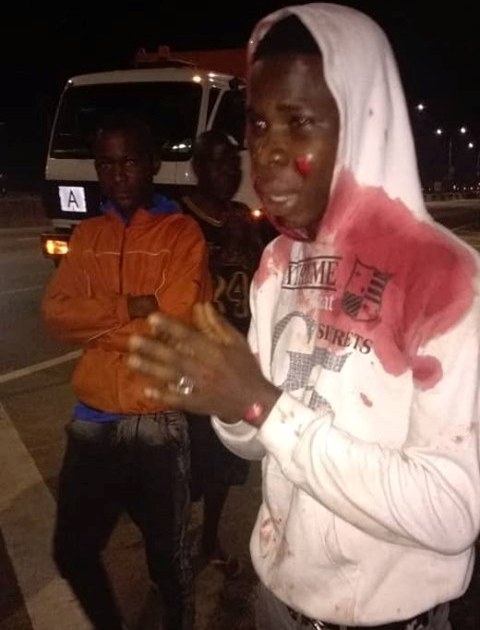 A stranded man hanging on to a truck on Sunday fell off the speeding truck on the Third Mainland Bridge but was rescued by Rapid Response Squad (RRS)officers on the bridge.

The young man, identified as Lookman, according to sources, was stranded around 2:00am on the mainland before hanging on to a truck enroute Lagos Island.

Meanwhile, Lookman, noticing that he was being driven beyond Adekunle Bus Stop jumped down while the truck was on speed.

He lost his balance and crashed on the middle of the road.

He was rescued by RRS officers and given first aid before he was handed to Police Officers from Adekunle Police Station.