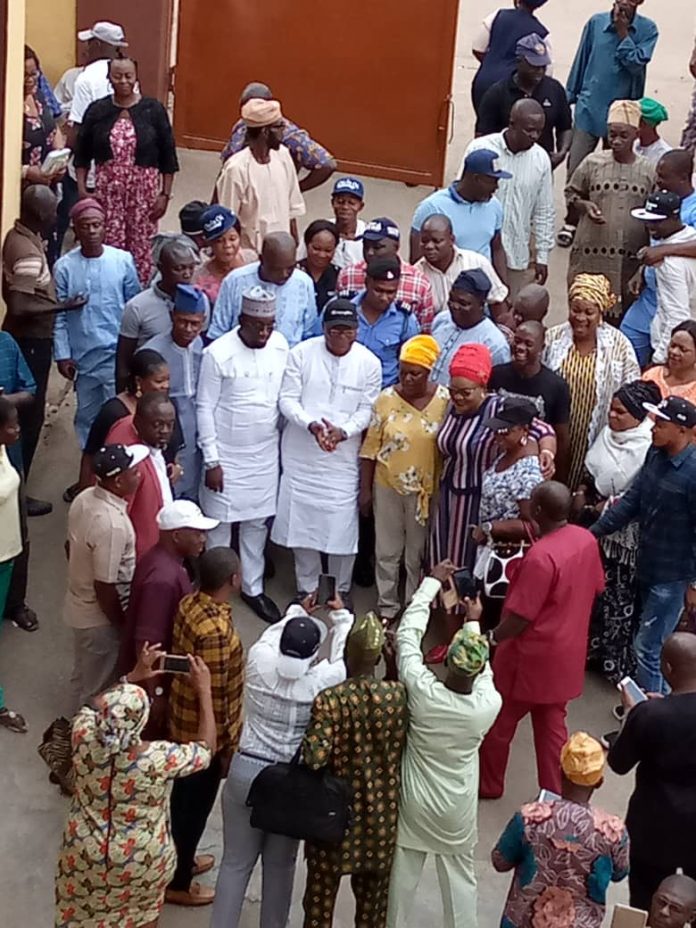 Oke, who was warmly welcomed by the council vice chairman, Hon. Usman Hamzat, the Secretary to the LG, Pastor Ayo Jeje; the council Manager, Mr. Adewunmi Ogunbambi and other top officials of the council, was elated by the tumultuous cheers of staff and party faithful that witnessed the oçcasion.

Meanwhile, the council boss, who met with members of the Exco and Management behind closed doors for few hours, was later conducted round the offices by top officials of the council within the Aina-Ajobo Headquarters of the local government.