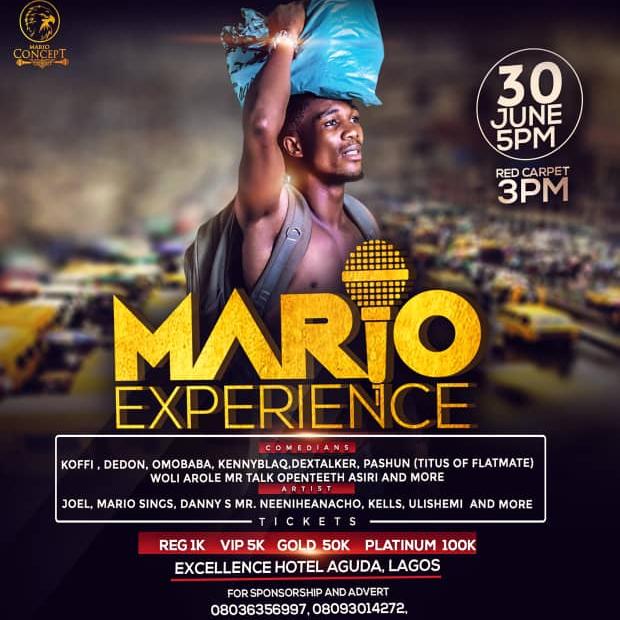 Popular fast rising oap/comedian set to debut his annual comedy show tagged “The Mario Experience 0.1”. The comedy show which is designed not just to promote the usual laughter crusade but also to encourage an average man with relative experiences, a thirst quencher, depression healer and motivation for those groping to actualize their goals amidst other bigger fish. The anticipated start studded event is scheduled to hold on the 30th of June 2019 at the prestigious Excellence Hotel and Suites, Ogba, Lagos.
The wazobia and billionaire comedian as fondly called is set to feature other fast and rising colleagues such as Whalemouth, Open Teeth, Pashun, Mr Talk amidst some of the big bangs in its industry such as Koffi tha guru, De Don, Omo Baba, Dextalker, Kenny Blaq, Woli Arole, Asiri comedy and many more. 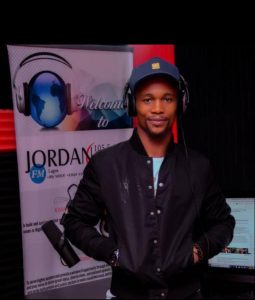 The multi-lingua OAP is currently the major host of the Jordan Drive on Jordan 105.5 FM alongside his billionaire gang, Janel Hindi, Telemoh and Naomi Kuity who will also be gracing the laughter crusade event.
Music by Jo El, Mario Sings, Danny S, Mr. Neeniheancho, Kellz, Ulishemi and more.

ROMAROX PROMOTES TOURISM THROUGH PHOTO COMPETITION, SET TO GIVE OUT CAR PLUS OTHER GIFTS

HOW A PASTOR KILLED NNPC ENGINEER AFTER IMPREGNATING WIFE