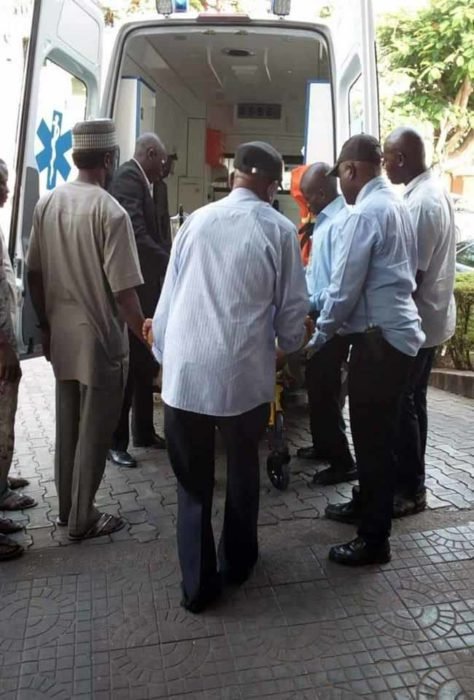 The lawmaker, representing Kogi West had been arrested earlier today by operatives of the Inspector General of Police monitoring unit in Abuja.

He reportedly jumped from the police vehicle which was taking him to Lokoja, the capital of his home state, Kogi, Channels tv reports.

Malaye was being taken to Lokoja where he is expected to be interrogated by the police in connection with the allegation that he armed some thugs and in relation to other criminal activities.

Melaye has since been taken to a hospital in Abuja area, after sustaining injuries from the incident.

He had earlier been interrogated by the police over his alleged involvement in the supply of arms to some political thugs arrested in Kogi State in January.

The lawmaker had earlier refused to honour the invitation of the police for questioning over his alleged involvement in that incident, claiming he does not feel safe in Lokoja.

Senator Melaye was detained and subsequently released at the International wing of the Nnamdi Azikiwe international airport on Monday by the Nigerian Immigration Service.

The lawmaker had also raised an alarm on the social media on Monday evening on how the police had laid seige to his home in Abuja.

Using his official twitter handle, @dino_melaye the lawmaker on Monday said, “all roads leading to my house has been cordoned off, as heavy mobile policemen blocked entry and exit of the road. They currently laid siege on in and around the house.”

PDP urges National Assembly to sanction Buhari over $1b