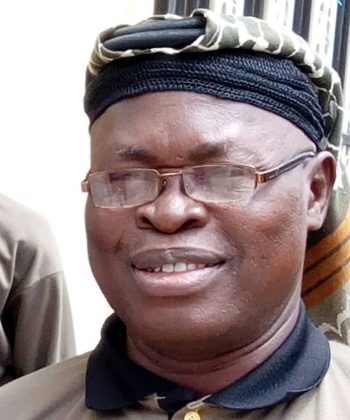 MURIC boss, Ishaq Akintola accuses CAN of bias against hijab

The Muslim Rights Concern (MURIC) has accused the Christian Association of Nigeria (CAN) of nursing bad intention towards Muslims over the hijab saga.

The Muslim rights advocacy group was reacting to CAN’s latest statement in which it said Muslim female soldiers were free to wear hijab on military uniform if that would deflect bullets.

“CAN has come again. It never wishes its neighbour well. It is never Christ-like. Statements from CAN are, more often than not, ungodly and diabolical. Imagine CAN supporting the use of hijab by female Muslim soldiers ‘if it would deflect bullets’.

”That shows bad intention. Why the reference to bullets except for death wish for female Muslim soldiers? The only Muslim CAN loves is the dead Muslim. The only Muslim CAN will accommodate is the ‘liberal’, ignorant, half-baked and lilly-livered Muslim who has no mind of his own.
“CAN is beating about the bush. The question is, does CAN support the use of hijab by female Muslim soldiers or not? Nobody is talking about bullets here. Every soldier knows the implications of joining the army. Bullets are working tools for soldiers. They are very familiar with it. So who is CAN trying to scare?

“This is a poor outing for CAN. We expect a robust and intellectual interface in which CAN will expatiate reasons for objecting to the use of hijab by female military soldiers. But what do we get instead? CAN is asking if hijab will deflect bullets for those who wear it? That is pedestrian, infantile and jejune. This shows CAN could not come up with any good excuse against the use of hijab by female Muslim soldiers who wish to do so once it is approved,” MURIC said.

The body added: “The old song of ‘no Muslim can wear hijab in our school’ does not apply here. The Nigerian Army belongs to all Nigerians, Christians and Muslims. It is the people’s army. Let it reflect the variety of the people’s culture. Army uniform should not be synonymous with Christian uniform. Nigeria will not run a Christian army or a Muslim army.

“We must ask CAN in turn: does the army uniform itself deflect bullets? If it doesn’t, why do soldiers still wear it? If our soldiers still wear their uniform despite the fact that the latter has no capacity to protect them from bullets, there is no reason under the sun to stop female Muslim soldiers from using hijab simply because the latter cannot protect them from bullets. We assure CAN that female Muslim soldiers who so desire will embrace the hijab without fear of flying bullets even if CAN is the one pulling the trigger.

“CAN’s reference to only Afghanistan as a country where hijab is used by female soldiers is mischievous. CAN’s intention is to mislead Nigerians into believing that Afghanistan is the only country in the world where female Muslim soldiers use hijab. But this is far from being true. CAN is being economical with the truth. The examples below will expose CAN’s deception.”

According to MURIC, female Muslim soldiers and police were now found in Britain, Ireland, Scotland, US, Canada, Sweden, Norway, Trinidad and Tobago, New Zealand, Australia and so on.

It said in November 2018, a High Court judge in Trinidad ruled that Muslim women police officers are to be allowed to wear their hijabs while on duty.

“So what is Nigeria waiting for if countries that are more than 80% Christians allow Muslim women soldiers and police to use hijab? Even the population of Muslims in South Africa is just 1.9% and hijab has already been approved there also.

“The United States Army approved hijab in 2017 following a memorandum issued by the Secretary of the US Army in Washington on 3rd January 2017 under the subject-matter Army Directive 2017-03 (Policy for Brigade-Level Approval of Certain Requests for Religious Accomodation),” it added.

PHOTOS: Nigerian celebrity cut off her breasts to look masculine