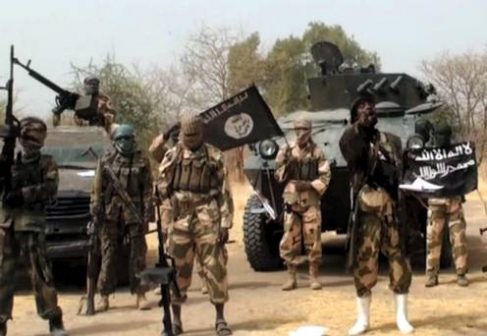 The human losses suffered by the two sides are not known at the moment, but the Nigerian troops demonstrated superior fire power over the rag tag terrorists.

After two hours of crossfire, surviving terrorists bolted away.
Nigerian troops destroyed 5 gun trucks of the terrorists, Daily Trust Reported.
“01 x VBL, 01 x GPMG, 01 x Browning Machine Gun and about 15 AK47 rifles were captured by the SF (military’s Special Forces)”, a military source told the newspaper.
A resident in the town, who doesn’t want to be named, said no civilian or their property was attacked by the Boko Haram insurgents.
“They came in a fleet of gun trucks headed directly to the military base but the soldiers resisted the attack and forced them to flee”, he said.
Today’s attack is one of the several attacks launched against the Goniri military base by the insurgents, but were repelled consistently by the military, Daily Trust reports.