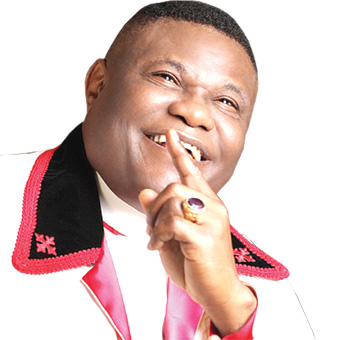 Warns: I foresee a Nigeria that no longer depends on oil

He, however, completed his primary education at St. Mark’s Primary School, Offa, Kwara State. He started his secondary education at Mayflower College, Ikenne and completed it at Merchants of Light Grammar School, Oba, Anambra State in 1963.

Realizing that change is constant but youth is dynamic and shapes the future, several aspects of the life of Okonkwo revolves around creating the environment for young people to blossom. One of such is the Mike Okonkwo Educational & Youth Initiative, MOEYI, which has been organising an annual essay competition to mark the bishop’s birthday. The lecture to mark his 72nd birthday, entitled, “Made in Nigeria Products: The vehicle for sustainable development”, was presented by a former Minister of Industry and President, Lagos Chamber of Commerce and Industry, Chief (Dr.) Nike Akande. After the occasion, our correspondent, SAM EYOBOKA, spoke to the presiding bishop on the state of the nation.

On the state of the nation

So many things are going on in this country that we know nothing about. In fact, to hear that Chief Eric Umeofia, the tomato mogul, is the fourth largest producer of tomato paste in the world is amazing. I believe if we have more people like him in this country, youth restiveness and many social problems that we have will not be there because our youths will be positively engaged. Many people speak well of Nigeria but not many people believe in the project called Nigeria. I believe that God will raise a new generation that will believe in this country. I don’t want us to lose faith in Nigeria. Nigeria is greatly endowed by God and I know we have so many challenges as the enemy is fighting the country from different angles. We must keep praying for Nigeria and I believe that God will bring us out of the challenges we are facing. The plan of the enemy to bring confusion, violence, disintegration, bloodshed and insecurity will not succeed. Our desires about Nigeria will be accomplished.

Why was the theme for your birthday lecture this year woven around made-in-Nigeria products?

You are aware that our economy is in a very precarious situation, and the world economy is virtually going to do without oil. In a few years from now, a lot of countries will no longer import oil, so there is need to look inward to see what we can do for ourselves so that the economy will no longer depend on oil. Unfortunately we wasted our years of harvest but I don’t think it’s late. We can make something out of what we have in Nigeria.

What is your advice to government?

They should be sincere about this issue of made – in – Nigeria goods. At times, some of the policies, as you heard the Chairman of Erisco Foods Limited said, are not pursued with honesty. You can’t be telling Nigerians to develop local content and at the same time favour those who import to the detriment of those who are making efforts to develop Nigeria and giving employment to Nigerians. So the Federal Government should really be sincere and honest to encourage Nigerian entrepreneurs.

Resident doctors are on strike and the health sector is in shambles. What do you think?

That’s because government has not shown the desired interest. Often times, we take for granted these things and believe that we can use government force or intimidation to push through policies. The Federal Government must understand that gone are the days when you can use instruments of force to intimidate people. People are becoming more and more enlightened and so we must go back to the table and look at people’s agitations for what they are worth instead of using government instruments to try to cow them into submission.

It’s your birthday. Do you say this is the Nigeria of your dream?

It’s a joy to see another year. No one should take life for granted. The fact that God keeps us alive doesn’t mean that that’s how it is. There are people of my age group who are incapacitated; others are dead while some are in hospital. If God has kept me alive, it’s a blessing which I don’t think I deserve. It is His mercy and grace that have sustained me.

There are calls for the balkanization of the country. What is your take on?

Personally, I don’t subscribe to the calls for disintegration. I don’t think disintegration is the solution to the numerous challenges facing the nation. The key is restructuring. Nigeria should restructure. I have said it several times in the past: Anyone opposed to the restructuring is an enemy of Nigeria. He is not honest and is saying so because of what he is personally gaining. The truth is that restructuring is the way to go in the interest of Nigerians. Some say the word restructure is ambiguous.

What’s the colour of the restructure we’re talking about?

The restructure people are canvassing is in line with what we had in the First Republic where the regional leaders used groundnut, cocoa, coal, palm kernel to build Cocoa House, established television stations and universities, and developed their regions. If our leaders are able to develop their states without oil and depend less on the centre for allocations, it will make for healthy competition and healthy development in different areas and the people will be better for it and more employment will be created and security would be guaranteed.

What therefore do you say to Nnamdi Kanu under whose leadership IPoB’s separatist agitation is creating tension in the country?

If I happen to meet this young man (which I desire), I will advise him to link up with the Arewa youth, the Oduduwa group and the youths of the Niger Delta because all these people are agitating and they should together take on the political class which appear to have shown that they do not want Nigeria to move forward. They should understand that their future is being mortgaged. It’s not about secession or any ethnic stuff. We should be concerned about how we can make this country better based on unity and I believe that we can achieve more being together as a nation. To break a country involves so many things and many people will suffer in the process. I will rather we start with restructuring and let’s see how it goes and then we see whether we can now stay together or in future we go our separate ways.

If you see President Buhari, what advice will you give him?

We should not use violence to resolve our differences. Agitations like the one we have in the South-East will come but the solution is not moving armoured tanks there. Like I said, these are not the days you use force or instruments of government to intimidate people because there are those who are willing to die. We should go to the negotiation table to resolve naughty issues. Take for instance recent appointments in the NNPC, why will people not agitate? This is one of the issues that make people agitate. You can’t give 10 slots to the North, three to the South-West, two to the South-South and nothing to the East and you want them to sleep. And you want Nnamdi Kalu not to talk again. At times, I ask myself: who are the people giving advice to government? Why are they giving such advice? I just heard of a rail project being built from Kano to Daura. What is the economic benefit of that project? We can understand the one from Kaduna to Abuja…because people who live in Kaduna can commute to Abuja daily to work. But in this case, show me the economic benefit of spending such billions to develop a rail from Kano to Daura? The states that generate these funds, we don’t have roads that connect them, how much more airport. The Asaba airport was built by the state government, not the Federal Government. The states that generate the funds do not have airports, no roads and you want them not to agitate? What’s really wrong? Is somebody playing games with people’s minds? Such things are not acceptable.

We Are Not Launching Pay-Per-View-MultiChoice