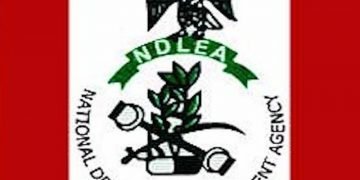 A new Chairman has not been appointed yet for the National Drug Law Enforcement Agency (NDLEA), The Nation gathered on Saturday.

This follows viral reports that a former governor of Borno and Lagos States, Brigadier General Mohammed Buba Marwa rtd, had been appointed as the new chairman of the Agency.

Former Chairman, Col. Muhammad Mustapha Abdallah rtd, left last Monday after his five-year tenure expired and since then the Secretary of the Agency has been in charge.

A top official of the Agency, who did not want to be named said he could not confirm the new appointment.

“That has not been confirmed to us yet. We are waiting for the Presidency. We are not an appointing authority. Ours is just to announce whoever has been appointed. So those are just speculations for now,” the source said.

Marwa, was the Chairman of the Presidential Advisory Committee For The Elimination Of Drug Abuse.

Marwa, it was gathered is a favourite in the Presidency for the position.

COVID-19: SANWO-OLU EXTENDS RESUMPTION DATE FOR GRADE LEVEL 14 AND BELOW TILL FEBRUARY 1