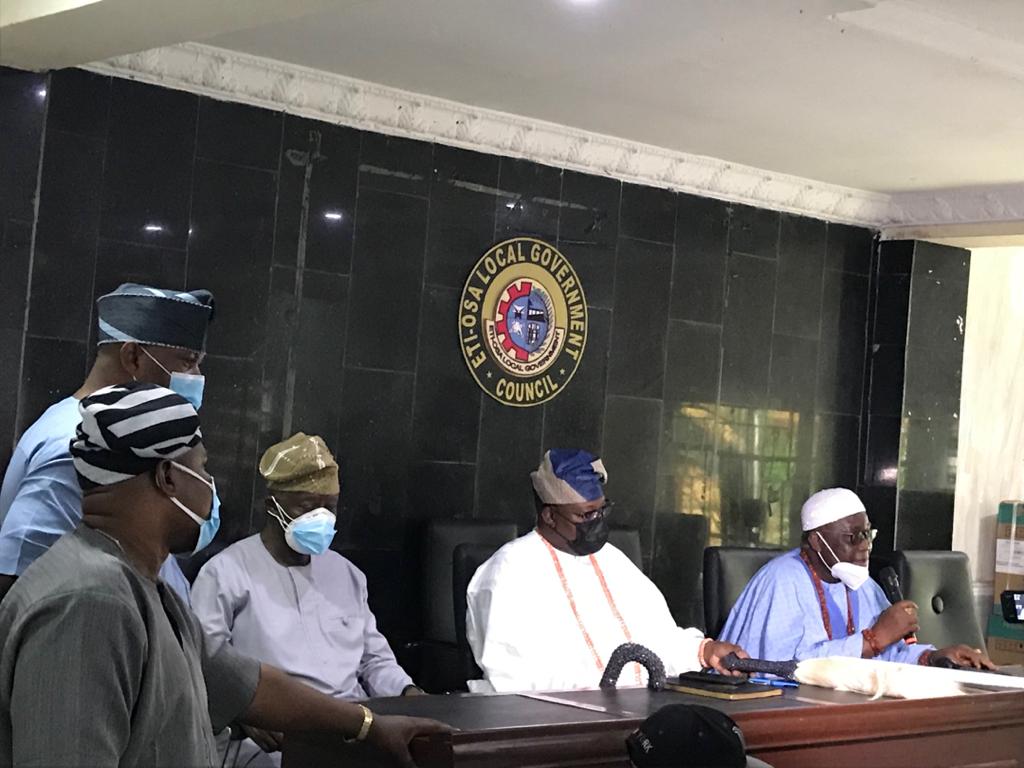 …We Say No To The Obnoxious Bill

Notable stakeholders from Eti-Osa such as Oniru of Oniruland, HRM Oba Omogbolahan Lawal, Ojomu of Ajiranland, HRM Oba Tijani Akinloye , Former Commissioner for Finance, Mr. Wale Edun and others have kicked against the proposed Lagos Assembly delineation bill that seeks to delineate and readjust the five divisions in the state.

Rising from a stakeholders meeting at the Eti-Osa council headquarters on Wednesday, they were unanimous that any attempt to take them from their ancestral Lagos Island division to Epe division will be resisted.
Curiously, the two lawmakers representing the Etiosa constituency 1 and 2, Hon. Noheem Adams and Olusegun Yishawu said they were not the sponsor of the bill, neither did they know the source.

It’s also not clear if it’s executive bill or private member bill. Again, the first and second reading was rushed the same day, fueling speculation that there must be to the proposed bill than meet the eye.

The public hearing has been slated for Friday 12 February 2021.

The community alleged that there’s something fishy about the bill which was rushed and members recalled from a recess to come for the public hearing.

It will be recalled that Lagos state is divided into five administrative divisions namely: Ikeja, Badagry, Ikorodu, Lagos Island and Epe with the acronym IBILE.
One of the Leaders at the meeting who spoke under anonymity said they would prefer that they increase the number of divisions to ten or create Etiosa division instead of lumping them with Epe.

The delineation bill also proposed that Alimosho local government be excised from Ikeja to Badagry division.
It’s not clear the purpose the proposed bill is meant to serve, but sources revealed that it may be in preparation for 2023 general election.

Mr. Adewale Sanni, a Leader of Eti-Osa Heritage Group, who read the communique said some leaders have been selected to join their two representatives during the public hearing on Friday that Eti-Osa will not be disposed to such bill that will take them from their ancestral home to Epe. They are also to interface with other leaders with the view to convince them that lumping Eti-Osa with Epe division will not be in their best interest.