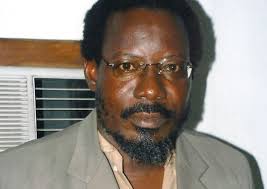 As 2019 elections are fast approaching, do you think INEC, political parties and Nigerians are ready for the elections?

I cannot really speak for INEC, but from what we can see from the distance, INEC is doing so much to carry out the elections. They have released elections time table that cover about twenty years, they have made us to understand that all the candidates have been streamline and published their names, they have also called for claims and objections if the names forwarded are not the right ones. They have shown their readiness when they told Oby Ezekwesili that it was too late to withdraw from presidential race. Also they have shown us samples of ballot papers, we have about 71 presidential candidates, and in the same vein they have done a couple of voters’ education. With all they have done and what they have said, we have reasons to believe that they are prepared. If you talk about government, government has just released about 168 billion naira to INEC that means that government is not starving INEC of money which will impede its progress in preparation, also acting inspector general of police has promised that there is going to be unbiased, free and fair elections as far as security agencies are concerned. We know that EU observers are already in the country, they have conducted couples of training, and the local observers have also done couple of training. However, several citizens are yet to have access to their Permanent Voters Card (PVC) due the fault of the same INEC that is the shortcoming we can trace to the doorstep of INEC, the body has been so derelicts in the issuance of PVC, registration and the issuance of PVC shouldn’t have taken so long. If banks can issue ATM cards on the spot, why should it take INEC several months to issue PVC? It is also unhealthy to say that people should be coming to check if their voters’ cards are ready. I wonder why they don’t want to distribute, all they need to do is to ensure that the owner gets the card. If they continue like this it means that they are going to disenfranchise a lot of people and that will make a mess of preparations they claim they have made. On the part of the populace, we can see that campaign is on the level of frenzy now. Campaign is going on everywhere as far as positions are concerned. There have been claims and counter claims and citizens are listening to them, people are conscious about what is going on, people want to listen to the campaigners and make up their minds on who they want to vote for. Crowd in the campaign ground does not justify acceptance, it is the actual voting that will determine who is acceptable to the generality of the people. As far as preparations are concerned we can say that it is more than 60 percent. I want to say that all security agencies should double their effort in monitoring and be given enough training on how to curb violence before, during and after elections. We hope to have peaceful elections despite all the noise.

Recently, mixed reactions trailed the appointment of Aminat Zakari for elections job on the allegation that she is related to President Muhammadu Buhari, what is your view on this?

At the last presidential debate, APC and PDP presidential candidates, President Muhammadu Buhari and Alhaji Atiku Abubakar were not there, what is your take on this?

As far as I’m concerned every contestant is a key contestant especially those that have been registered by INEC to contest election. What happened at that so called presidential debate was not debate at all, there were no arguments among the contestants that attended, and there were no cross examination questions. It was more or less a colloquium; the three of them that attended were saying similar things in different sentences. That was not how debate should be conducted. We can see that there is no political ideology in Nigeria, all political parties believe in the same principles and ideologies; they are saying the same thing in different sentences. That boils down to the argument that we do not need so many political parties in Nigeria. So, what happened was not a debate at all.

From the political scene we can see that former president Olusegun Obasanjo is supporting PDP presidential candidate, Alhaji Atiku Abubakar and recently Chief Olu Falae said that Yorubas should not vote for President Muhammadu Buhari in the forthcoming elections. What is your view on this development?

A fraudulent person will not want an honest person to be his leader; those who get to power through fraudulent means would not want an honest man to be his leader. Those who know that their bread is buttered through bad governance will never want a good governance to hold sway in their country. That is the reason those attacks are coming, those who engage in stealing when they had opportunity and they know they could be found out, they would not want no nonsense umpire to come into place, they would not want anybody that will expose them to get into the saddle. Obasanjo, Olu Falaye, Edwin Clark are birds of the same feather, including lately Baba Ayo Adebanjo, who I respect so much, including the younger folks like Yinka Odumakin, they criticize the incumbent president without reasons. All what they are saying is that we should leave the welfare of people in the hands of those who will exploit it in their own advantage to the detriment of the larger populace, that is not what democracy is supposed to be, democracy should satisfy the need of majority of people. What exactly bring all these critics together, they have been in government before, they have been indicted for one fraudulent activities or the other, they have participated in one criminal activities or the other, they are being monitored by security agencies, and they do not want the system to work, so that their loots would not be traced. This interest is what they are protecting. Obasanjo has confirmed that he actually stole when he was in power; he said he was not a saint, it was stated in his book “my Watch”, but what Atiku stole when they were in power was enough to feed 200 million people for 300 years. That is self confession. He converted what is supposed to be national presidential library to Obasanjo Presidential library which he built for over 6 billion naira. This is somebody that said he did not have up to twenty thousand naira in his account before he became presidential candidate of PDP. He built the University, how did he source for the money? He had more than 200 million shares at Transcorp, shares in Transcorp is in excess of nine thousand naira, just imagine what he has been able to accumulate within eight years of his administration. Olu Falaye contested election against Obasanjo and Yorubas preferred his candidature to that of Obasanjo, Obasanjo was elected by non Yorubas in the country. This man is a ruthless element, you know what he did to Audu Ogbeh as chairman of PDP, he went to his house ate pounded yam and latter handed over resignation letter to him to sign. You know how many senate presidents he had to put out of the national assembly, ditto in the House of Representatives, this ruthless man that does not want anybody to pry into his affairs and doesn’t want anybody to bring him to justice. He knows that justice will prevail if Buhari wins for the second time. Olu Falaye has been said to be a beneficiary of Dasukigate of arms scandal that broke out. Olu Falaye was Mr. SAP, the financial minister during Babangida regime, he was also Secretary to Federal Government he propounded the theory of Structural Adjustment Programme. Edwin Clark has his own problem. Buhari has been disciplined, when he first came as a military Head of State, he introduced War against indiscipline, he introduced War Against Corruption, which actually worked then. When he came back one of his major points in his manifestoes was that he was going to fight corruption, corruption is what these people don’t want anybody to fight. Obasanjo will do anything to ensure that no leader outshine him in Nigeria even in Africa. All the letters he has written to Buhari is almost the same thing.

What is your view on the suspension of former Chief Justice of Nigeria, Walter Onnoghen?

It was discovered that CJN lodged certain amount of money that is far beyond his legitimate earnings in the foreign currency account. When he realized that such lodgments have been discovered, he would have honourably resigned. Even if he had declared it EFCC would definitely probe him. If that is the case Nigeria is in danger because it means that you cannot get justice in the court especially when you don’t have money. This gives us a clue to why several corruption cases are lost at courts especially in Supreme Court. We believe that he ought to have resigned. Those that gang up are those that have benefited from judicial merchandise.

We won’t postpone 2019 Presidential poll for any reason, says INEC