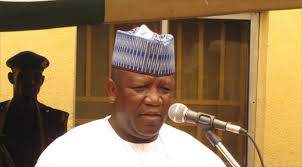 There are very strong indications that the embattled Governor of Zamfara State will have his cups filled tomorrow, when the rule of law takes its course on him. Incontrovertible evidences are now in abundance that Governor Yari is a goner, when it comes to the politics of the state. Being the outgoing Chairman of the Governors’ Forum, Yari has used this position to make himself unapproachable by his party, APC executive, headed by Comrade Adams Oshiomhole. In the wake of this scenario, Yari has no winning edge again, because all odds are against him. Recall that, on the road to the gubernatorial election in the state, Yari has used all the wherewithal in the government’s armory to silence all perceived enemies, but the game is almost over for him now, given the new evidences that are emanating from different quarters. It is imperative to note here that the Governors’ Forum under his Chairmanship jointly and severally agreed that borrowing is never a reliable alternative, and this is apparently Yari’s albatross. The embattled governor Yari had said then that ‘in order for states to meet their obligations, tax laws must be strengthened to bring in more revenue. But he goofed, because he did not make good the intentions of all governors in Nigeria. As he awaits a monumental judgment tomorrow, Nigerians are waiting to see, if Law can take precedence on human beings. Another issue that will further nail Governor Yari on his road to Gaol, is his speech over the payment of N30,000 new minimum wage. Yari said then that the Federal Government should ensure that key revenue earning agencies like NNPC, FIRS, Customs Service and other sister agencies should be made to function efficiently and optimally increase revenue returns. Yari, as characteristic of him, did not allow all these agencies to operate in this regards in his state. So, what are we talking about a governor, who speaks from both sides of his mouth. Since his assumption of office as Governor, the economy of the state has seriously suffered, as thousands of shops and homes have been destroyed by the rampaging bandits, who had displaced thousands of Zamafara people, without any attempt by Yari to remedy the ugly situation. It does however come to question that the present President Buhari-led government is not handling issues of this nature with bold faces, as Yari’s case has become so dragged on for months without any input from the government to arrest the situation, which may give a very wrong impression about Buhari’s oft repeated statement at his inauguration that ‘I’m for everybody, and not for anybody.’ The All Progressives Party, APC, should as a matter of urgency put its house in order by making Yari an example for other governors from the party, who will want to use the instrument of office to perpetuate themselves and their foot soldiers for pecuniary gains. Yari, by tomorrow, will hear his result of how he will be used as an example to others in his ilk.

HOW TO BUY MTN SHARE ON NIGERIAN STOCK EXCHANGE