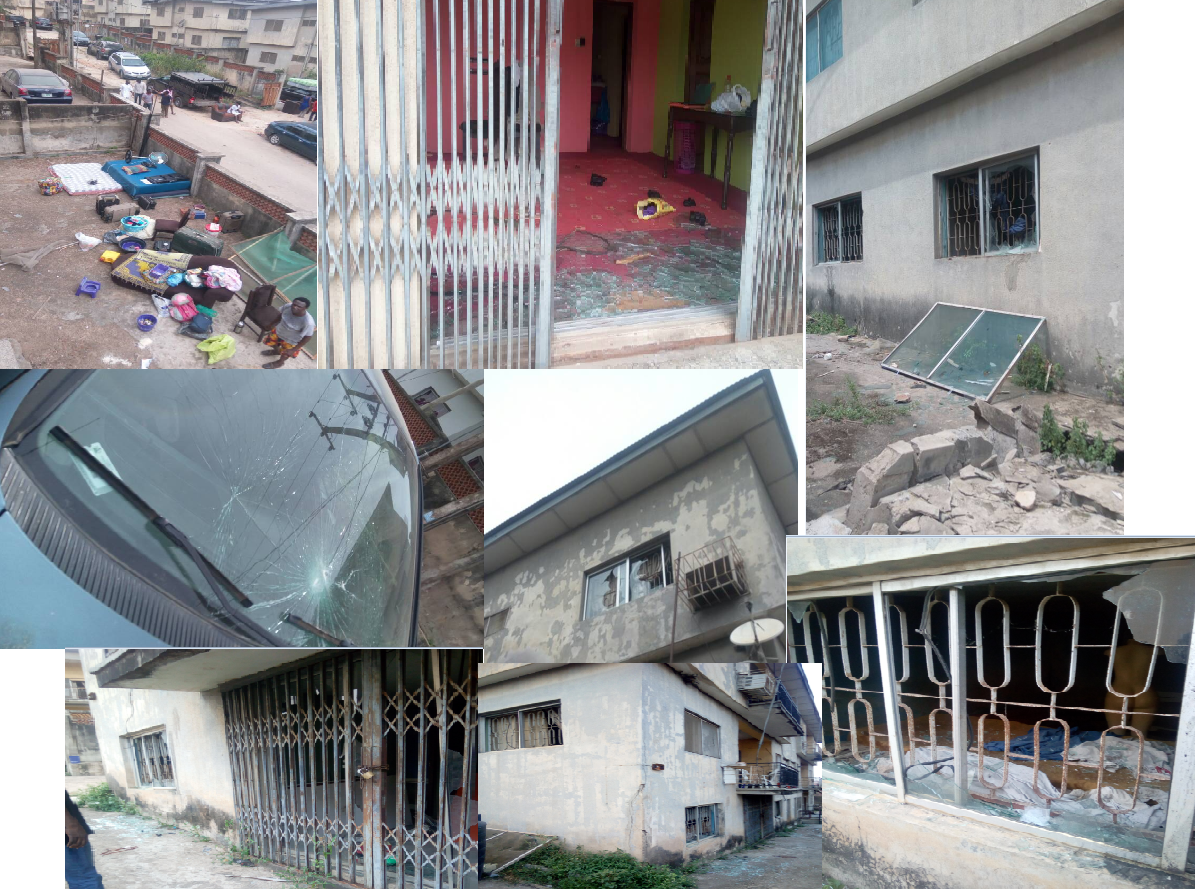 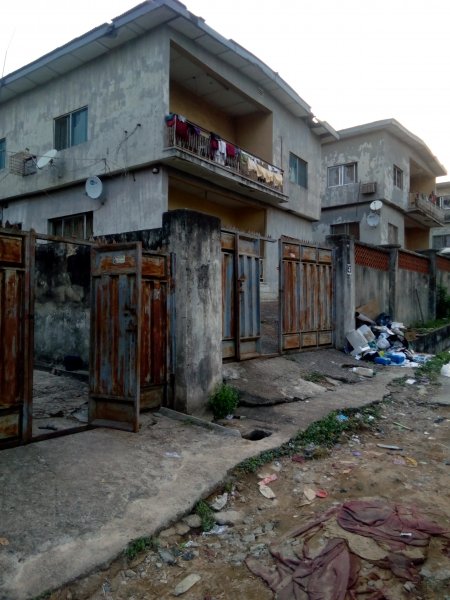 The residence of odobo estate owned by renowned businessman, Nuel ojei woke up last Wednesday to see how there properties were being destroyed in their presences by over 200 hoodlums who claims they are working under an instruction by one Rtd. Col Anthony Ojei who also claimed he is the only son of the philanthropist and want to reclaimed the property of his sick father. Briefing the media on the ordeals the whole estate went through with the said Col Anthony Ojei. The spokesperson of the estate explained that most of the residence in the estate moved into the area in early 2000 and the estates comprises of 40 flats, Mr. Afee explained that all the residents are living like one family not until year 2007 when the agent body in charge of chief Nuel Ojei Company informed all the Residences that Chief Ojei instructed the residence to stop the payment of there Rent, the spokesperson said , No reason was made concerning  why all the residence to stop payment, According to an undisclosed source , the decision was made because chief ojei was not in good health and maybe his family decided to change the owner of the said Property.  Mr. Afee further explained that in year 2012 another set of acclaimed agent show up again, they claim they are from nuel ojei office and that they have been authorized to be collecting all the rent in Odobo Estate, he said they comply and by 2015 again, another Agent came on board that no payment must be made because Chief Nuel Ojei has directed since 2007 that no tenants must pay, he said the agent who was known as Femi never give concrete reasons for that decision. The Odobo estate spokesperson said in may 2015, about four trucks of Mobile Police men from the Lagos task force in conjunction with some area boys storms the estate, the team who was also led by Rtd. Col Anthony ojei threaten residence with gun and cutlass by the area boys that all the residence must vacate his fathers property, while trying to alerts appropriate authorities the CDA of the estate write a petition to the commissioner of police on the development, but they said they were disappointed the way the commissioner treated  their complain/predicament, also the Local government Authorities (LCDA) has been brief on he development while the commission saddle with the affairs of land grabbers will soon be brief, Mr. Afee said in February this year he was arrested by the police in area G under the directive of zone 2, he was arrested along his wife, who was chased with machetes by some of the hoodlum brought into the estate by Col ojei before they were taken to police station. The mother of all threat happen on Wednesday 21stmarch 2018 at about 6;45am over 200 area boys stormed the estate and destroyed houses, beats residence, carte away properties, one of the residence said #200,000 was taken away from his bedroom, properties worth over 600million were destroyed, while taking Media Men around the estate, some residence has started moving out their properties from the estate, one of them who will not want her name mention in this write up said those hoodlums are so terrible to the extent that they can kill easily so the best thing for them is to run for there life’s, many house were destroyed, to this background the residence have  cried out to the Executive Governor of Lagos State, Mr. Akinwunmi Ambode in a  matter of urgency to come to their aids by setting up a panel of enquiries to know the main reason why those set of people believe to be land grabbers to threaten  them on the properties they occupied, they said if the Governor did not act fast, this man claiming he is the son of chief nuel ojei may kill all of them in one night, because he comes to the estate with area boys and no one can predict his next actions. they also petition the inspector general of police to caution the activities of his boys cause there actions is illegal, and just because some one some where is giving them money to make life unbearable for their fellow brother, the odobo residence want the IGP to investigate the activities of his boys and any one of them found wanting should be brought to book they remarked. Subsequent development of the story will be brought to the open as it unfolds.