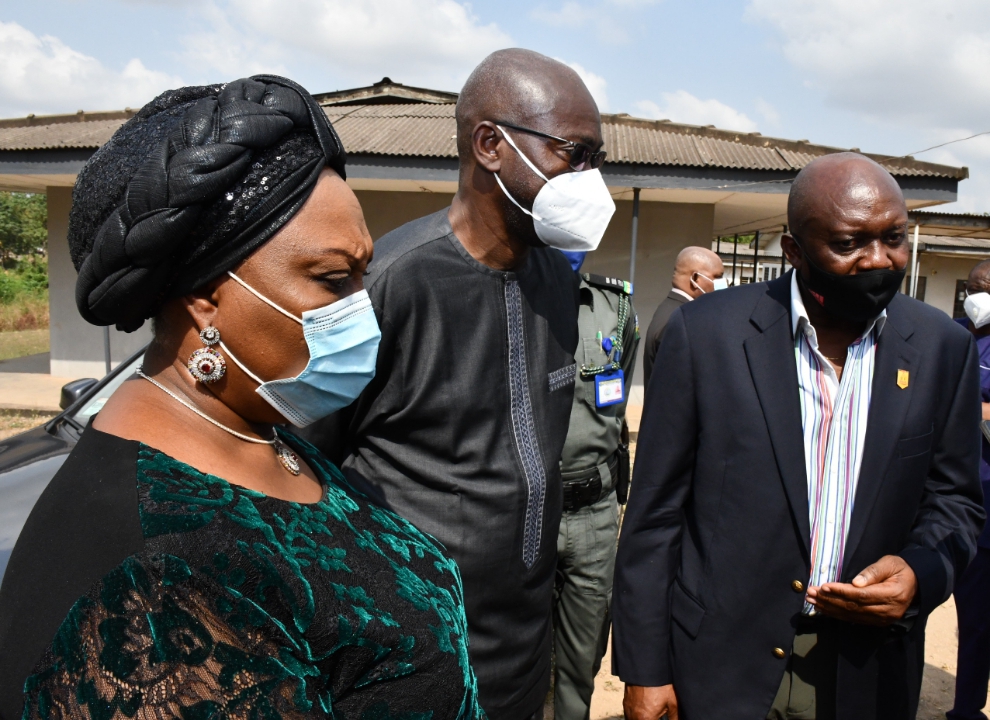 The Secretary to Ogun State Government, Mr. Tokunbo Talabi has said that government will continue to build on the existing structures, in order to allow the public/civil servants best among the comity of States public servants.

Mr. Talabi who made this known during the assessment tour of the Staff Development Centre, Abeokuta, said government was planning to renovate the Centre for training of workers from the Ministries, Departments and Agencies, not leaving out workers from the 20 Local Government Areas of the State.

He said that Dapo Abiodun-led administration would not rest on its laurel at ensuring development of its workforce for optimal performance, as the civil servants were the engine room of any government.

He added that government would soon upgrade the Staff Development Centre (SDC) to a full fledged Public Service College (PSC), so as to allow civil servants in the State conduct its own examination without resting on any external bodies.

“We have seen the place, we are going to articulate the vision and unveil the strategy of government. We are returning the centre to its previous glory, to further increase the level of knowledge and understanding of our workforce”, he said.

Speaking earlier, the Chairman, Civil Service Commission, Engr. Tokunbo Odebunmi, said the Commission would work out modalities with the office of the Head of Service and Bureau of Establishments and Training to achieve the goal.

Odebunmi emphasised that the proposed Institute and upgrading of the centre to public service college would also reduce cost incurred by the government on examination process, as well as achieve professionalism and productivity in service delivery, noting that the State already has facility in place.

“We are looking at how we can conduct examination ourselves, instead of depending on the Administrative Staff College of Nigeria (ASCON). We want to own our college, and one of the conditions of owning a college is the location that we have chosen, which is the Staff Development Centre, a very good place to site the college. If we can achieve this, we would be able to draw a 12 calendar month programme on training and re-trainning of our workforce,” Odebunmi said.

Also speaking, the State Head of Service, Alhaja Selimot Ottun, appreciated the Prince Dapo Abiodun-led administration for his unrelenting efforts, towards broadening the horizon of workers, assuring that the workforce would continue to give their best to support the government.

Gynaecologist urges women not to remove their pubic hair