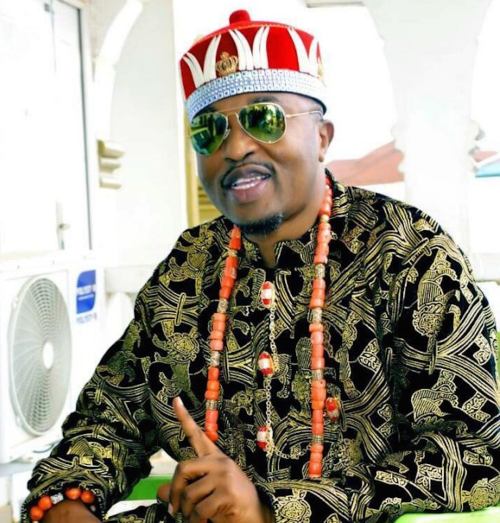 Adagunodo ruling house in Iwoland has warned conspirators orchestrating the removal of Oluwo, Oba Abdulrosheed Akanbi to steer clear the idea, describing it as a long dream.

A statement issued by Prince Semiu Oladimeji popularly called Fanta on behalf of the Adagunodo ruling house stated that the monarch was not installed on social media platforms, hence could not be removed through such platforms.

He urged those involved in the scheme to respect the will of God which produced the monarch rather than embarking on alien means to plot his removal against all known tradition.

He berated any Prince who might be involved in the conspiracy charging them to beware of the eternal grievous consequences of their action on their lineages.

According to him, those plotting to remove Oba Akanbi on social media were his friends of over three decades, who sold his candidacy to the family without identifying any shortcomings against him, questioning the motive behind the newfound plot for his removal.

He, however, emphasised that nothing would turn the ruling house against the monarch, describing Oluwo as a lovely monarch, who cares for his subjects.

“This person taught they are educated but forgot in haste that Oluwo was not enthroned on social media and cannot be deposed on social media. Conspirators were once close allies of Oluwo, Oba Abdulrosheed Adewale Akanbi, Ilufemiloye Telu I. They have been friends for more than 30 years.

They brought him from overseas and sold him to us and we considered him the best among equal. Yes, we supported and never regret till date. They love him, they respect him and told us how much Oluwo meant well for Iwo.

But disappointedly, they started discrediting him when they had personal disagreements with him. That will never work, we love him, he loves us and we are with him.

“The princes supporting the conspirators are digging their graves. No prince does that and goes Scot free. Traditional nature is an unforgiven character. Two things are always involved, is either you fail in your attempt to remove the king and have your generation cursed from the throne or you perish with the process.

We admonish the princes in the category to be cautious, royale, and retrace their steps to avert incurring negativity on their blue blood generation.

“The warring team against the stool should see this as the last warning and appeal. We can only take a horse to the river, we can’t force the horse to drink.

He who solves a problem with the problem may be consumed by the same problem. History may be kind to us if we choose the path of maturity. Oluwo has come to stay.

The crown will glue to his head for long. We should always be available to play our advisory role has been done by most of our respected elders instead of ranting on social media. If you love Iwo, you will not do that”, he added.

Fanta urged kings within Iwoland, who were recently promoted to allow peace reign and accord the Oluwo stool the needed respect as he added that Oluwo’s marital issue was a personal matter which the ruling house is not willing to dabble into.

Spreading coronavirus on the wings of ignorance