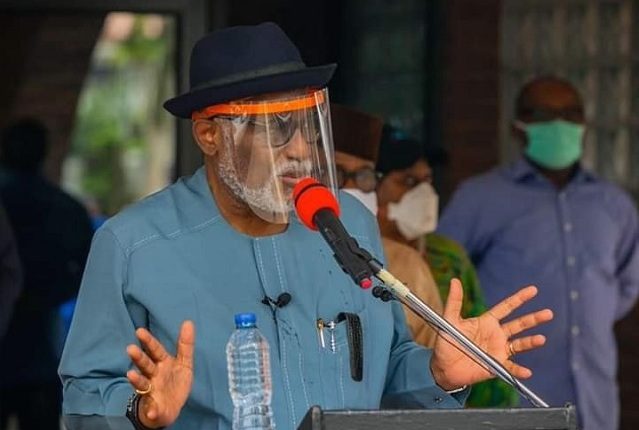 Less than one week to the All Progressives Congress (APC) governorship primary election in Ondo State, Governor Oluwarotimi Akeredolu, on Friday said he was ready to apologise to anybody he might have offended since he assumed office in 2017 in order to allow peace to reign in the state.

Governor Akeredolu stated this while receiving the Reconciliation Committee of the All Progressives Congress (APC) for the state, led by the Governor of Niger State, Abubakar Bello in Akure, the state capital.

Recall that APC national leadership had fixed Monday, July 20, 2020 for its primary election in Ondo State.
According to him, “We must allow for peace. Let us get all of us, the aspirants, to sign that whoever wins, others will support him. Anybody I have offended I will apologise to the person. We must allow peace.”

The committee, which was set up by the APC Caretaker/Extra Convention Planning Committee, is in the state to meet with leaders and members of the party in the state.
Akeredolu maintained that the APC is in the heart of the people of the state, stressing that what the people desire is for the dividendS of good governance to be visible.

The governor posited that his administration has delivered in terms of the yearnings and aspirations of the people of the state.

“In our short time here as servantS of the people, we have tried to do our best. Not because we are the best, but because God has allowed us to do it. I’m confident and I give all glory to God.

“I want to assure you that this is a safe state for APC. We will win this state, except we come with shenanigans and today, it is a thing of the past. In a free and fair primary, we will win. Leaders and other members of the party must give room for reconciliation.”

Earlier, the Chairman of APC Ondo Reconciliation Committee and Governor of Niger State, Abubakar Bello said the main objective of the committee in the state was to reconcile party members and all APC faithful.

Bello, however, said the success of the party in the next election was paramount, stressing that the reconciliation committee was set up for the purpose of ensuring the party’s success in the state.

“SURRENDER ONE AK47 AND GET TWO COWS” STUFF IN THE MEDIA