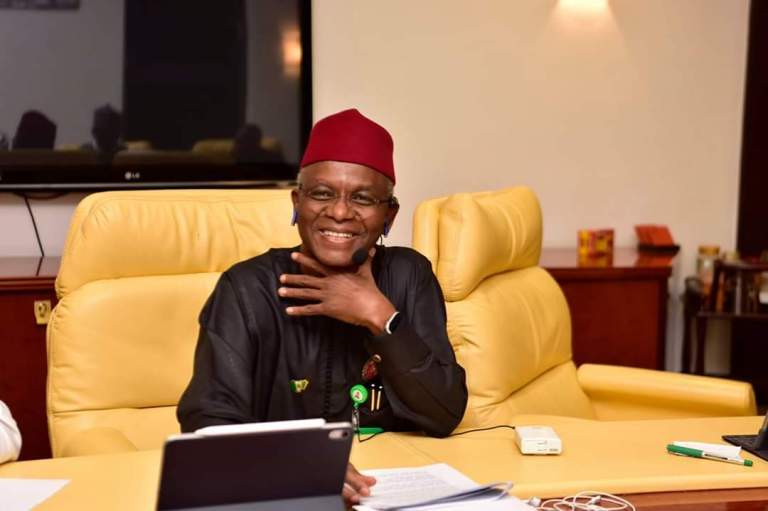 Governor Nasir El-rufai of Kaduna State has stated that only God knows who will succeed him as the governor of the State. He also added that his successor might be a woman as he denied anointing any person as his successor come 2023 elections in the state.

The governor said while some people are busy thinking his successor would be a male, he may decide to pick a female just as he did when he selected his deputy Hadiza Balarabe.

But he said as far as he was concerned, it’s too early to start talking about the 2023 election, saying only God knows who will replace him as the governor of the state.
The Governor, who disclosed this in a media chat aired on major private radio stations and monitored in the state, said 10 people had already indicated interest.

The governor’s reaction came amidst rumours in social media about his decision to anoint one of his aides as a successor.

“I heard a lot of things where people say I have already anointed a successor. I didn’t have anybody ‎in mind that I want to replace me.

“I have many people working under me which I will want them to replace me because they are all qualified but to say I have an individual in mind, I will say I don’t. Let the masses elect the next leader for themselves and remember, only God can choose a leader.

“I went out to seek for people’s support before I was voted. So, let anybody interested in replacing me to also seek the support of the people. My prayers always is for Allah to choose the right person for the state so that the state can move forward,” he said.

Nigerians spend N7b at cinemas in 2019

5 in police net for stealing female underwear for ritual purposes