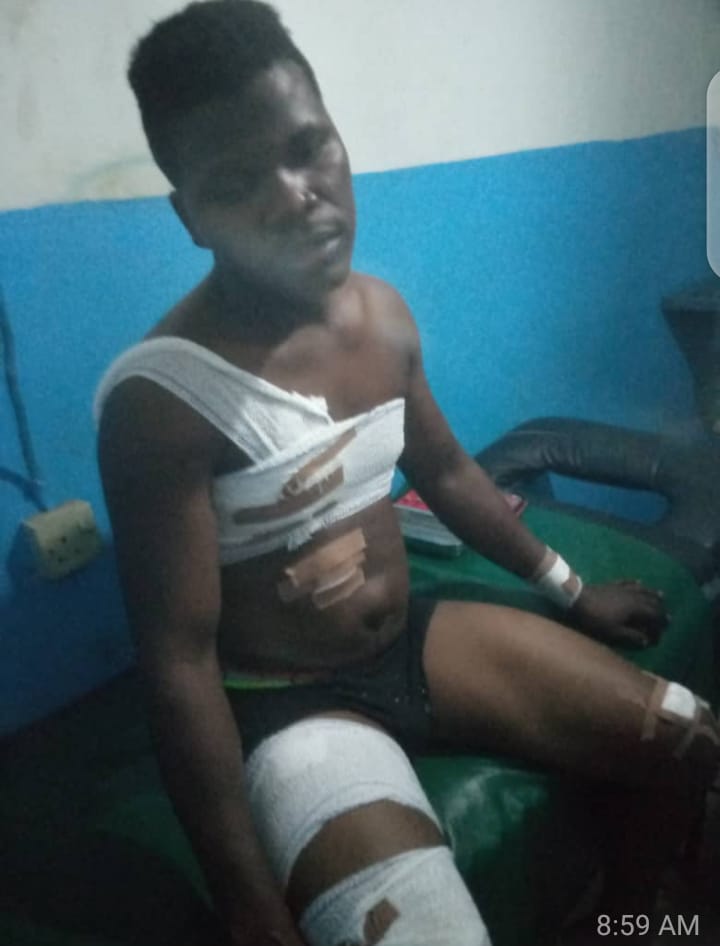 It is not a crime for a person to fall in the journey of life. We have heard and read many stories of people who fell. What makes some of such stories inspiring is the ability of these individuals to rise again after such a plunge. That is what, they say, makes a man.

In the case of Kayode Opeifa, a former commissioner for transportation in Lagos State, falling does not have a solution. It only has a strategy aimed at an attempt to pull others down with him. Opeifa’s pitiable political deep is no longer news. What is news is the fabrications, the lies with which he has enveloped himself in a bid to win a level of pity. But his error is the fact that he seeks this pity from the same people of Agege, who have long despised him and who, at every opportunity, he tries to coerce into doing his bidding.

With a depleted and battered image in Agege politics, Opeifa, the author of political violence in Agege, attempted to push his way back into political limelight albeit forcefully taking advantage of the recently held local government election in Lagos. His fall again was unprecedented. Rather than pick the pieces and move on, he decided to reenact what he is best known for – violence and lies – one of which was to claim that his residence on Oyewale Road, Mulero, was attacked in the aftermath of the election by suspected hoodlums whom he was quick to link with the Speaker of the Lagos State House of Assembly, Rt. Hon. Mudashiru Obasa.

He further claimed that the attack on his residence was because he attempted to fight for the All Progressives Congress (APC) while some people are trying to thwart the progress and planned victory of the party in the election.

This is the same Opeifa, a master of violence who is infamously renowned for introducing violence into Agege politics in 2007 and who had lived on violence since then. This is the same person who unjustifiably fought against the emergence of a prospective candidate for the councillorship of Ward D whose popularity is widely affirmed in the area. You love the APC, but you tried to pull down someone who would lead the party to victory because of his widely-held popularity. How sensible can this lie be?

Afolabi Omotunde, believing in his capacity to win the election, decided to defect to the Young Progressives Party (YPP) where he sought and won. Even a child would understand that as a prospect, Afolabi would have had his supporters in the APC who left and campaigned for him out of anger that he was not treated well. Linking this to someone else is like trying, interminably, to latch at straws while drowning. Opeifa should not forget so soon that there are video evidences of the jubilation that greeted the defeat of his anointed aspirant at the primaries. Or does he want someone to remind him that the people jeered and chorused ‘Opeifa olee’ in the ward where he is supposed to be one of the most respected?

On the day of the election, it was evident that Afolabi, now in YPP, was coasting home to victory. Even as this was painful to the leaders of the APC in Orile-Agege, the election was peaceful until Opeifa unleashed his thugs on the ward. One of the hoodlums was said to have been heard shouting that it was either Opeifa or no other person. He claimed Opeifa was their leader and thus, they won’t allow him disgraced. At the end of the chaos caused by these hoodlums, six people were lying on the ground with gunshot wounds. This is not concocted. The photographs of the injured residents, who are still being treated is attached here. Some of them have given accounts of how the incident happened.

These victims confirmed that they were rescued by Niniola Moruf, a youth leader in the area, who rushed them to the hospital. Niniola has, on his own, confirmed that when Obasa got wind of the incident, he immediately placed a call to the chairman of the House committee on health at the Lagos State House of Assembly, Hakeem Sokunle, who made the successful effort that got them to receive urgent medical attentions. Opeifa, a supposed leader in the ward, as he wants to be identified, had left the victims to journey to their graves, but another leader decided to rescue them from death. Yet, Opeifa claims being the victim.

In politics, like it happened in Agege during the local government election, not all antics work. A political lie must be well calculated to avoid a backlash. No, Opeifa may have been too blind to study what he was putting out. He decided to confirm a saying that when an unreasonable man clings to a decision, he fails to listen to other arguments against it. The lies fell ‘yakata’ on his laps. His own music went off on him.

Then, he played the next drama, an allegation that his residence was attacked and that he escaped death. When you decide to throw a stone, in the case of this election, shoot at a people you are supposed to protect, then you should know that there could be reactions.

There are two angles to his claim. Some said the attack on his residents was done by angry youths who were provoked by the shooting of the six people at the Ward D. Others claim Opeifa damaged his own residence to win sympathy. He should have also availed the public about the details of his supposed escape even if it would mean telling lies again. It won’t be surprising then if it is later realised that it was Opeifa who truly cracked his glass windows and called it ‘escape death’. Laughable. This is because despite the mass opposition he got from his own people during the election, nobody attacked him apart from the fact that he was booed while he drove around during the election as seen in videos that trended. The people were angry, yet they allowed him move freely during the election.

The election is over or so it feels. Will it make sense to continue to brood over a loss? It is proven that brooding does no one any good. Bracing up from a political fall will be the best for Opeifa at this time, not the strategy of cooking up imaginations and lies which have a way of backfiring.

After his term as commissioner, it is known that Opeifa became redundant. He, thereafter, ran after Babatunde Fashola to Abuja. He was rehabilitated, but lies did him wonder. He was again made the executive vice chairman of the Presidential Task Team on the Apapa gridlock. What brought him down? The former commissioner saw the office as an opportunity to enrich himself rather than serve. Bribery from the truck and tanker drivers became a norm. Could he say this was made up or that it is the imagination of detractors?

It is widely held that a leopard can never change its spots, but in politics, Opeifa can turn a new leaf and become responsible for his own actions rather than point fingers endlessly. Or what is the relationship between a councillorship election and a senatorial ambition?