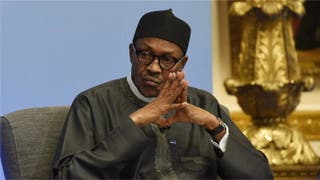 The Leaders of Conscience under the umbrella of the National Consultative Front, NC Front have condemned the hanky panky and deceitful games being played by the Federal Government and Petroleum products Marketers on the recent hike in the pump price of Petrol by the Buhari government.

The NCFront, an emergent mass movement mobilising Nigerians to rescue the country from the disastrous grip of the present rudderless political Leadership through a new People’s constitution, in a statement signed by Dr Tanko Yunusa, Head of NC Front Public Affairs Bureau, directed NC Front teeming members, allies and supporters nationwide to resist the wicked, insensitivity hanky panky over the dubious hike in fuel price from N145 to N212 later reduced to between N165 and NN170 per litre based on conspiracy between the FG and Petrol Marketers without any form of consultations and prior with the suffering masses and citizens of Nigeria, who are currently bearing the brunt of the avoidable hardship foisted on the country by the inertia and ineptitude of the Buhari regime.

The Statement reads as follows:
NC Front today is filled with serious indignation and umbrage at the wicked and exploitative increase in the price of Petrol in Nigeria by the corrupt and self serving cabal running the Buhari government by proxy, as the President himself has been largely absent and non existent since the 2019 elections was badly manipulated for him by the fading Cabal at the Aso Villa.

We wish to state categorically that, notwithstanding the present hanky panky being played by Government and Petroleum Marketers, our members and supporters nationwide will be fully mobilize to resist the new oscillating prices of pump price of Petrol and to take over and occupy NNPC Depots and Fuel Stations Nationwide if Government fails to reverse its inhuman hike in price of Petrol and restore normalcy back to all fuel stations in the country within the next 24 hours.

NC Front however wishes to state clearly that we have had enough of the lacklustre performance and undue hardship foisted by the Buhari led APC Government and hereby demand that it steps down without delay to avoid a calamitous uprising in the country as Nigerians can no longer bear the pains inflicted on them and may be compelled to occupy the presidential villa soon for relief.