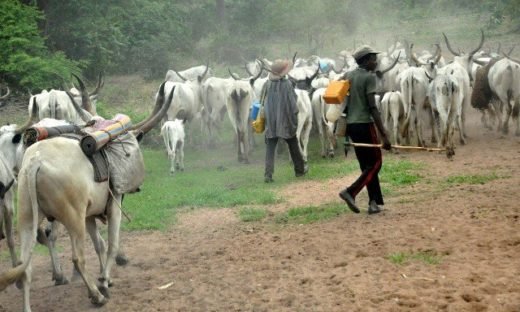 Oshiomhole spoke with newsmen on the sideline of the 26th Convocation Lecture of the Lagos State Polytechnic (LASPOTECH).

He said a crime committed should be treated as a crime.

The ex-governor said if a crime is committed by anyone, it should be dealt with as such.

According to him, there is no need to mix crime with politics.

Oshiomhole said that such problems become more difficult to resolve once they begin to assume political context, whipping up sentiments.

The former governor said that once people mix criminality with politics, then it becomes complex

He said that anyone who commits a crime, regardless of his or her trade, should be dealt with according to law.

According to him, the business of the government is to find long term sustainable solutions.

Oshiomhole said that the herdsmen were as old as the Nigerian nation and had been living in peace with other members of the community.

He said what was needed to resolve the herders/farmers problem was long term sustainable policies.

“In every part of Nigeria and most communities, you will always have an area domiciled by the herdsmen and they move about their lawful business, here and there.

” In my house, I have a herdsman who is managing my cattle and I’m sure there are a lot of other people too who have them.

” But like every other aspect of Nigeria, a couple of things might have deteriorated, including environmental and security issues among others, ” he said.

The former governor, however, said that the government has a duty to protect life and properties as provided by the constitution, and that is not negotiable.