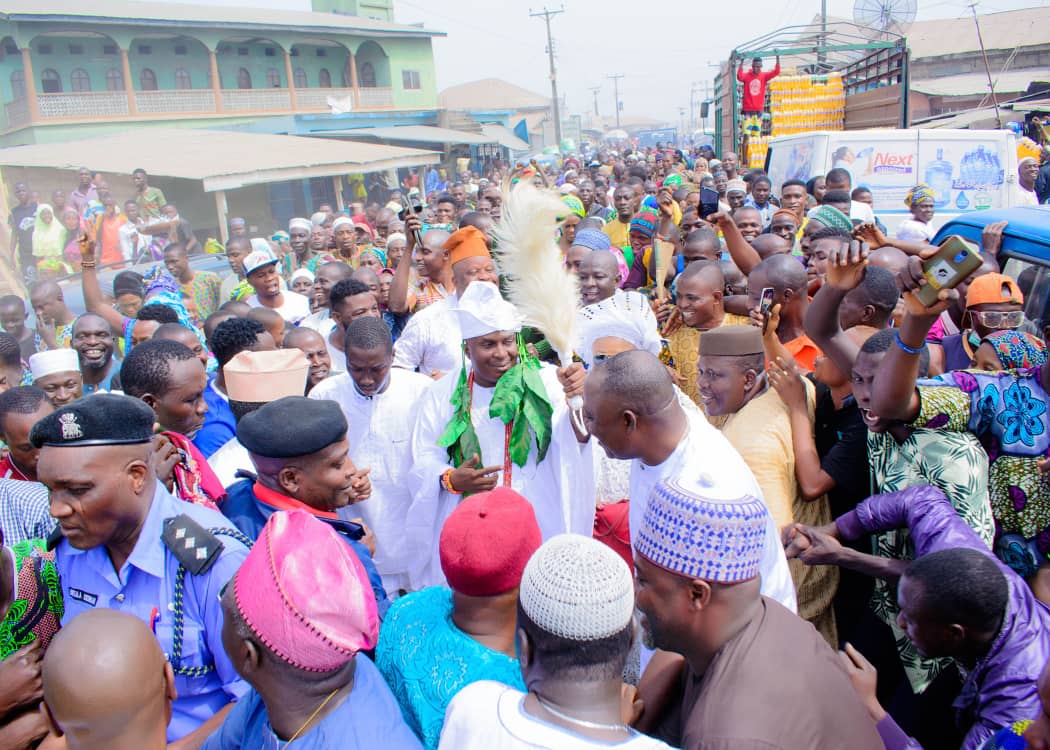 The State Executive Council under the chairmanship of Adegboyega Oyetola, Osun State Governor at its meeting held on Monday January 6, 2020, approved the appointment of Prince Kayode Adeneken Afolabi from the Atoyebi Ruling House as the next Alapomu of Apomu, headquaters of Isokan local government Area of the State. The Stool of Alapomu of Apomu had been vacant for five years after the demise of Oba Lasisi Afolabi of Ayeye Ruling House in 2015.

With the appointment of the new Alapomu, the State Council Of Obas has gained a new member. The installation of the new Alapomu, took place on January 7, 2020. He was accompanied by his wife Janet Mba Afolabi, CNN Award winning Journalist and Publisher Scroll Report to the ceremony.

Meanwhile the Ooni Of Ife, has congratulated the Alapomu and hailed the choice of the new king. A statement by his Director of Media and Public Affairs, Moses Olafare said;

“I am directed by the Arole Oduduwa’Olofin Adimula, Ooni Adeyeye Enitan Ogunwusi, Ojaja II, Ooni of Ife, to Congratulate Oba(elect) Kayode Adelekan Afolabi on his selection, confirmation and installation as the new ALAPOMU of APOMU kingdom of the State of Osun.

The Ooni commends the choice of Prince Kayode Afolabi made by the Apomu’s kingmakers after due process according to the town’s customs and traditions as a round peg in a round hole considering the quality of his personality as a very educated and well exposed Media and Public Relation practitioner with a network of friends and associates across the Nigeria both in the private and public sectors.”

The Co-Chairman of the National Council of the Traditional Rulers of Nigeria(NCTRN) described the new Alapomu designate as a cool headed virtuous man greatly endowed with all what it takes to be a royal father in the House of Oduduwa.