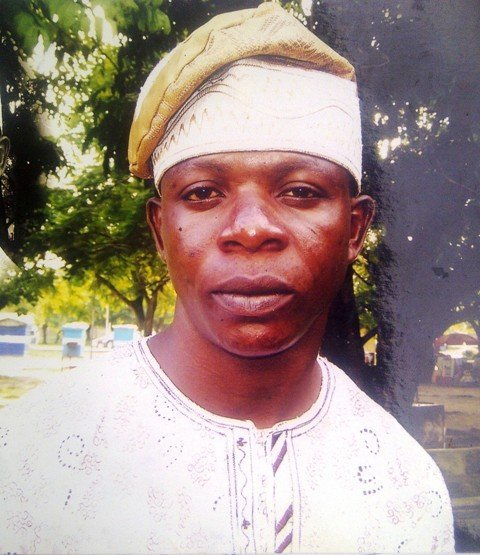 The deceased, Bukola Adeogun was said to have been tortured to death by the police officers at Okokomaiko Police Station at Oke-Afa area on Wednesday.

It was gathered that the deceased was arrested by the police with 30 other residents on Tuesday night while the police were carrying out criminal raid in the area.

The victim, who owned a Lotto kiosk was said to have been arrested while leaving his shop that fateful Tuesday night by the police

Sources said many of those arrested by thee police were tortured, including the deceased.

According to wife of the deceased, Adewunmi Adeogun, she went to the station to see her husband, but was prevented from doing so by the police.

She said her husband was about leaving his shop when the police arrested him, saying that efforts to ensure he was not taken proved abortive because many people who could solicit for him had also run away to prevent being arrested by the police.

In her words: “After they left the community, I went straight to the Police Station with some co-tenants, begging them to release him to me. But they did not. I was asked to come on Wednesday, to seek his bail. At about 2 am on Wednesday, the police brought him home. But at that time, my husband was already emitting foams from his mouth. He could not move any part of his body. All efforts to revive him proved abortive.“When I inquired from those who were arrested with him, they claimed that he was tortured and teargas during the interrogation.”

Some people in the area accused the police of killing the deceased as he foamed in the mouth.

When contacted, Police Public Relation Officer, PPRO, Chike Oti denied that the victim was killed by the police, saying that he was arrested by the police during a raid in the area and brought to the police station.

According to him, nobody died at the police’s premises and that no one was tortured.