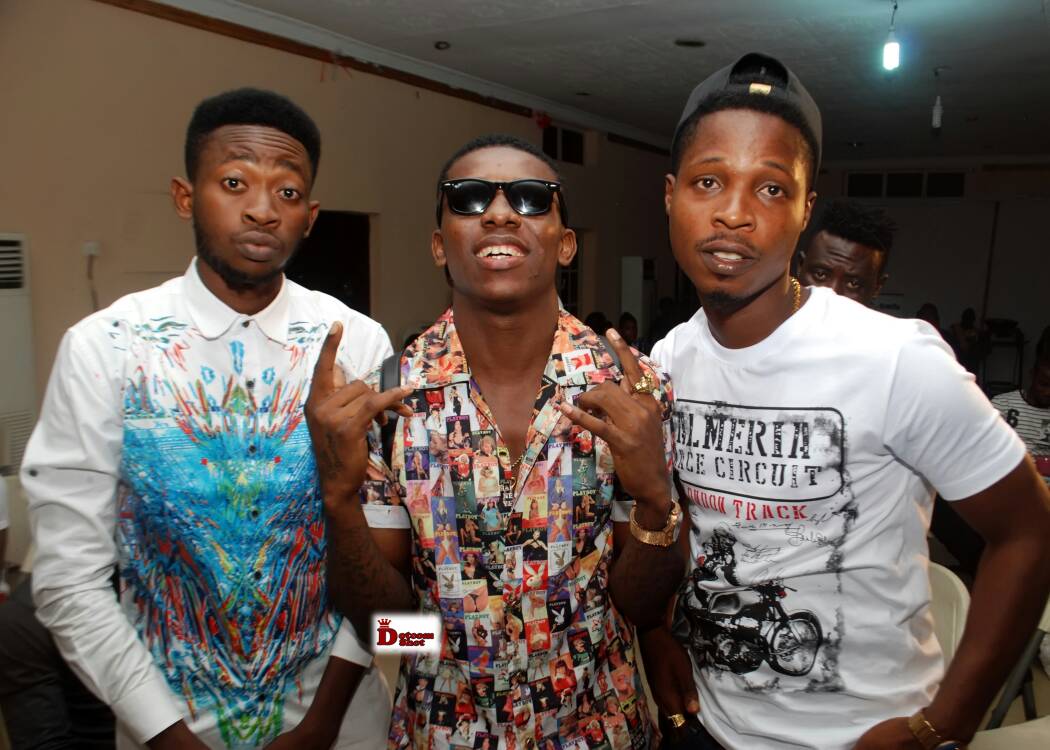 The duo of gift orovwigho and omotolani Yusuf popularly known as the gyphtons steal show at the 12th edition of the Ikeja city award with their hit banger collaboration with small doctor, mojere. The two artistes who is currently enjoying a four years sign agreement with possible record gave their best at the event leaving all the guests with no option than to dance to the rhythm. Speaking with the media shortly after the wonderful show,the MD of possible Record, Mr wale possyble said his artistes are very good in term of music, he said since they were signed to his record label they have produced more that 13 songs aside over 30 songs they are working on, he said with time Nigerians and all the players in the entertainment sector will get the best from them, Mr wale also remarked that this latest job, mojere video will soon hit the market . This video will be fantastic why because we are featuring dance hall lord. small Doctor. He said when the song hit the street. It will have no rival in the dance hall entertainment. The gyphtons will embark on European tour come middle of next year as part of activities to release ther major album

MY MISSION IS TO BANISH POVERTY IN OSUN STATE, SAYS DR. AYOADE ADEWOPO