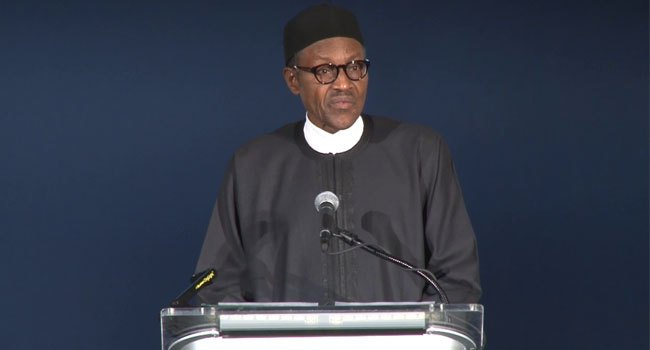 President Muhammadu Buhari Friday in Abuja open up on God in his infinite mercy has been sustaining his administration since inception. He further added that he was still in shock over what he met in government when he took over in 2015.

The President also said that his supporters risked their lives before the election in 2015, assuring that their efforts will not go in vain.

President Buhari who stated this when he received the Governance Support Group at the Presidential Villa, said he remained “eternally grateful’’ for all the personal and collective sacrifices that culminated in winning the 2015 elections. He said the long-suffering, commitment and sacrifices of all his supporters over the years will be remembered by posterity, urging them to remain steadfast in pursuing the overall good of the nation. “I can never forget your sacrifices and I am grateful for all. You never gave up when things were bleak, and we needed to survive. I can’t express my gratitude enough. He said, “In spite of the environment you found yourself, you kept believing and pushing. Some of you were really exposed to risks. My consolation is that you voluntarily threw in your lot with me. “Some of you exposed yourself so much, and I knew it. I urge you to still stick to your principled ways of doing things and our country will be the better for it,’’ he said. The President in a statement by his Special Adviser on Media and Publicity said the administration had ushered in a new era of accountability and responsibility by auditing and correcting the many wrongs of the past that crippled the economy and created an exclusive class, promising to consolidate on the reforms he had initiated for change in the country. He said, “Some of the things I saw here were unbelievable. I still shudder and wonder how a country can survive under such abuses. It is only by an act of God that we survived.” President Buhari told his supporters that he was not oblivious of the personal risks and investments that brought in the government, citing the appointment of Mr. Boss Mustapha as Secretary to the Government of the Federation as most deserved because of his steadfastness. He said, “I want you to maintain your steadfastness. We have gone through the worst of the times. We lost elections three times and I learnt a lot along the way.” He stated that after losing in three elections and pursuing cases up to the Supreme Court, he learnt that ethnicity and religion had no place in Nigerian politics, but personal interests prevailed. The Chairman of the Governance Support Group, Hon. Chukwuemeka Nwajiuba, commended the President for the bold initiatives in restoring security, tackling corruption, and setting the economy on a more predictable path. Nwajiuba said the group would continue to support and advise the President on areas that needed more attention, which include engagement with party members and supporters, empowerment of Nigerians and the fight against kidnapping.

PDP MOVES AGAINST BUHARI OVER FUEL SCARCITY,SAYS NIGERIANS ARE SUFFERING UNDER HIS RULE