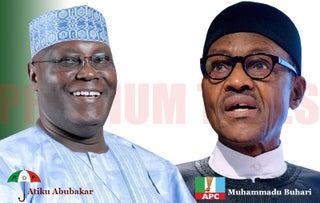 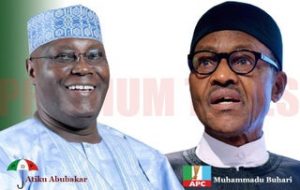 The Presidential Election Petition Tribunal has said it will on Wednesday give judgement on the challenge by the PDP against President Muhammadu Buhari’s re-election.

The outcome of the petition by the Peoples Democratic Party and its candidate, Atiku Abubakar, is the most anticipated amongst several legal cases arising from the February 23 election.

“Presidential election petition tribunal: Please be informed. Notice has been given for judgement to be delivered tomorrow, September 11,” Sa’adatu Kachalla, spokesperson for the Court of Appeal, said on Tuesday.

The presidential election petition is handled by the Court of Appeal, and a further appeal can be heard by the Supreme Court.

The PDP’s petition is currently the only petition remaining after three other petitioners ended their cases at the tribunal unsuccesfully.

The PDP challenged the emergence of Mr Buhari as winner of the 2019 election on several grounds including an allegation that the ruling All Progressives Congress worked with the Independent National Electoral Commission to rig the poll.

The PDP brought 62 witnesses before closing its case at the tribunal, while Mr Buhari put forward seven witnesses.

Mr Abubakar, however, said his party won the elections with over 1 million votes from details seen by the petitioners during its investigation.
In his final address, Mr Abubakar and the PDP asked the tribunal to nullify the election of Mr Buhari saying they had been able to prove that Mr Buhari was not qualified to run in the first place.

Besides, they said they had proved all allegations contained in their petition against the conduct of the presidential election by the INEC.

According to them, five major issues for determination by the five-member tribunal, led by Mohammed Garba, include whether Mr Buhari at the time of the election was qualified to contest the election.

“Whether Buhari submitted to INEC affidavit containing false information of fundamental nature in aid of his qualification for the said election.

“Whether from the pleadings and evidence led it was established that Buhari was duly elected by majority of lawful votes cast at the election.

“Whether the presidential election conducted by INEC on February 23 was invalid by reason of corrupt practices; and

“Whether the presidential election conducted by INEC on February 23 was invalid by reason of non-compliance with the Electoral Act, 2010 as amended, the Electoral Guidelines 2019 and manuals issued for the conduct of the election,” they said in the filing seen by PREMIUM TIMES.

Mr Buhari insisted he won the election and was qualified to do so.
Source: Premium Times