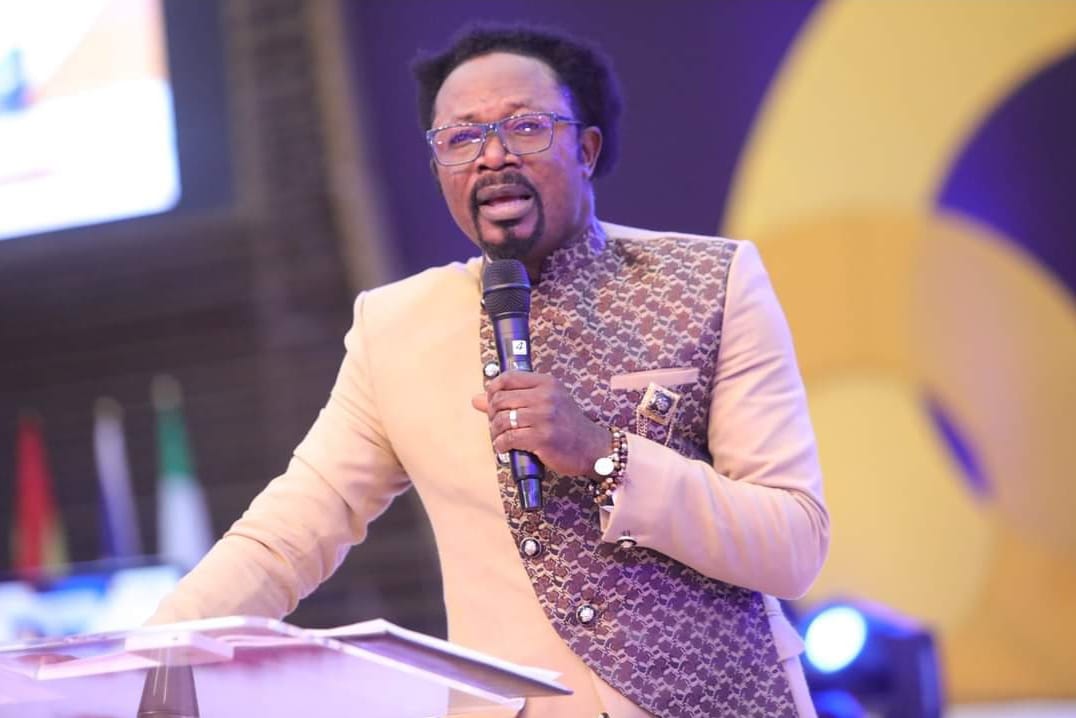 Make $1k-$5k+ Monthly Selling Books On Amazon Even If You Are Not A Writer.

The General Overseer of Champions Royal Assembly, Prophet Joshua Iginla has spoken on the 2023 presidency and where he feels the next president of Nigeria should come from.The amiable clergy stated that his opinion was borne out of the love for the country and the unity and practice of true federalism in the nation.

In a live service at his Abuja church, the popular man of God noted that not everyone vying for the post of the presidency carries the light for Nigeria, explaining that electorate have also been blindfolded by money that can deceive the nation from picking true leaders.

He stated that the unity is Nigeria is non-negotiable and if truly the country wants unity, the next president of Nigeria should come from South East being the most deprived region since the inception of a democratic government in the country.

He explained that the agitations coming from the South East region is a result of being sidelined over the years and that to balance it, the next president of Nigerian should come from the region.
‘’Everybody wants to become president but how many how them carry the light for Nigeria and those that carry the light, the electorate might not want to elect them because they don’t see the light, they see money and money is a deception that cannot make us pick true leaders.Whether you are a delegate or an electorate, Why sell your votes for peanuts to a man that will slave you for the next four years? The problem of Nigeria isn’t the problem of we not knowing truth, we know truth but we prefer to walk in darkness rather than truth.’’

‘’When we are talking about the unity of this country which is non-negotiable yet what is the problem? How do you enter a marriage agreement and one side of the region is suffering yet you don’t allow them to produce president, then you are complaining about agitation, why will they not agitate? The south east have been so deprived, you cannot be talking about one nigeria when everytime you want to pick a president, you say the Igbo man isn’t qualified yet you want them to be in the marriage, this is the problem of the Biafra agitation, if you cannot solve that problem, you will still have more Nnamdi Kanu agitating.’’
‘’I’m a Yoruba man but why would the south west continue to be in power, why will the north continue to be in power then the major language you tell them is you don’t trust them, if you don’t trust them then why are you keeping them? Leave them, let them go, give them the opportunity to prove themselves. ‘’

Also, the man of God spoke on the continued detention of IPOB leader, Nnamdi Kanu. He postulated that he is not in support of the division of this country but advised the government to release him to unite the country even in the midst of this gross division. He frowned at the decision of the government to give presidential pardon to some known criminals and Boko Haram repentant without considering Nnamdi Kanu who only agitated for the independence of a region as a result of being sidelined.

‘’Every regime has its own achievement, for me, as a citizen, we are so divided now, there is a tiny line between Unity and disunity. Of recent, I read in the news that the government of the day granted some prisoners presidential pardon, that’s a welcome idea but sometimes I ask myself if those ideas are factors in the unity of this country, while you are giving people presidential pardon, why can’t you give people like Nnamdi Kanu? A pardon that can unite the country, if the Igbos are aggrieved, we have to do things that can make this country united. An average igbo man will tell you that he doesn’t think he’s part of this country, we are more disunited in this country. ‘’

‘’I’m not an igbo man but this is what is burning in my mind, if people who are stealing money in the country can be given presidential pardon, if people killed and are called repentant Boko haram, why will someone crying for independence of a region not be given pardon and called for dialogue? I just wonder, it is only in Nigeria we see truth like this and turn it the other way, we speak political grammar and look away.’’

Furthermore, Prophet Joshua Iginla urged youths in the country to make use of the strength to bring a change in the country. He frowned at their involvement in social vices which he described as energy channeled towards the wrong direction. He asserted that the youths in the country can determine the next president of Nigeria if they channel the energy well because they have the numbers.

‘’if you look at the population of the youth, you will discover that the youths can determine the person who becomes the president of this country but where do they reign? On social media. Millions of youth will vote on one show but when it comes to our country, all we do is criticize pastors? Pastors are not incharge of the economy and it’s fine that they criticize pastors so we can check ourselves but can they check the government very well? The reason ladies sleep with dogs and young men go into fraud is because the government has failed. The power of the youths can influence but they major on the minor and minor on the major.’’

‘’When you abuse men of God, can you sit down to say we can go this way? I saw a movement during the #ENDSARS protest and I saw how the youth organized themselves, that’s energy okay not energy channeled in the right direction. If the energy rallies around a genuine youth, we will be talking about the third force that can checkmate the two major parties but what is the problem, the youths still don’t understand when we say you are the future of tomorrow, we need to pray for the youth of this country.’’

Here’s How Freelancers in Nigeria Are Making good extra income Monthly From The Comfort Of Their Homes Doing Jobs For International Companies With Just Their Smartphones Or Laptops- No Capital Needed.