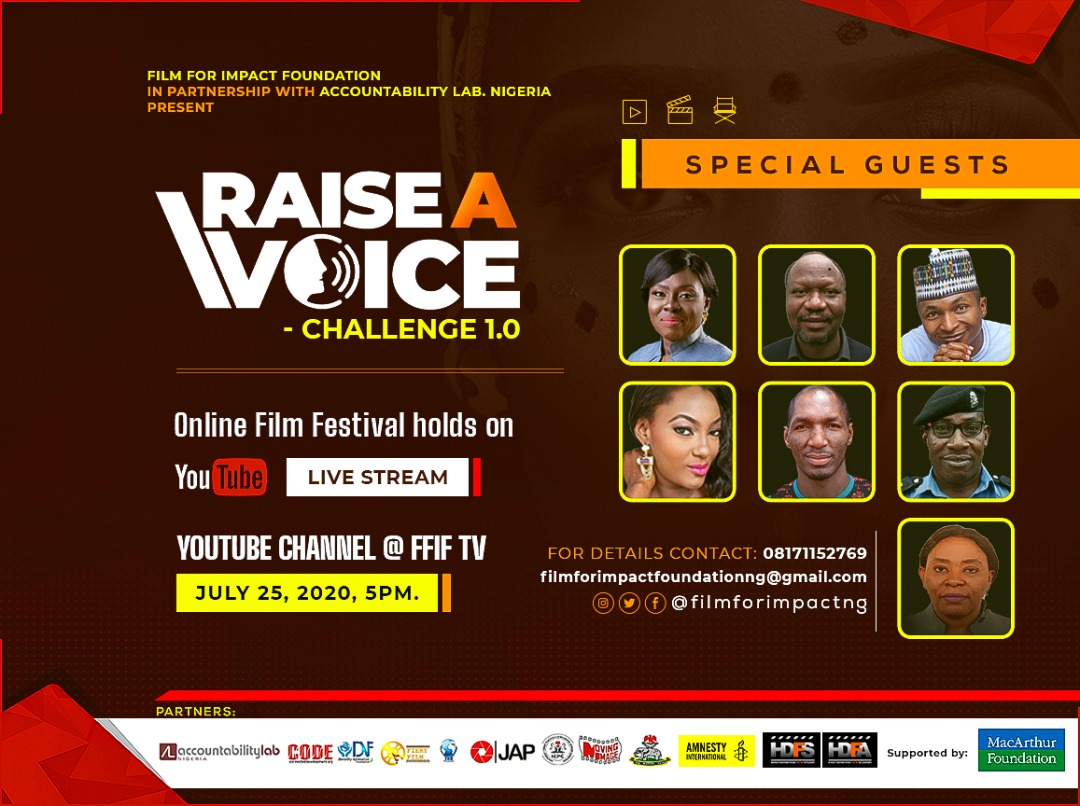 With a report by the Nigerian police that 717 rape cases were recorded
between January and May, 2020, NGOs and Civil Society Organisations that have the capacity to address this kind of offenses, have been cooperating with law enforcement agencies in capacity building, management of victims of rape and similar offenses, using various mediums.

Also, because of the COVID-19 restrictions, there is now a surge in cases of domestic violence, police brutality, rape and other gender-based violence. 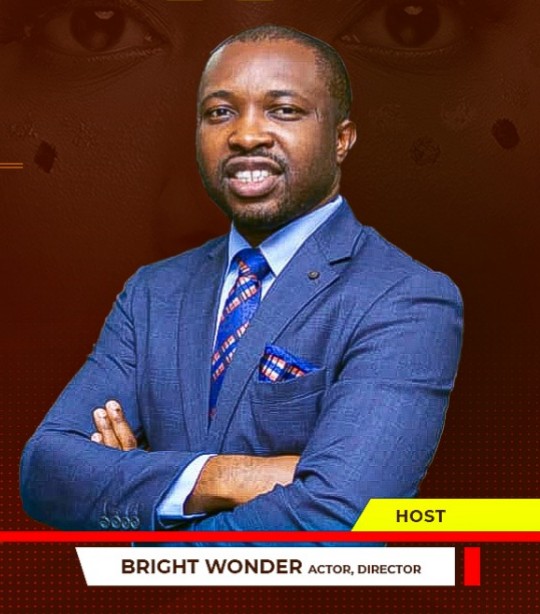 This was the reason High Definition Film Studio and
Film For Impact Foundation organized an Online Film Festival tagged ‘Raise A Voice Challenge 1.0’, with a theme: ‘Break The Cycle’, to inspire established and upcoming filmmakers and actors across the continent to lend their voices to social vices that have gone unresolved for long, and whose cycle needs to be broken.

The competition started June 9, 2020 with the grand finale set to hold next Saturday July 25, 2020 by 5PM, live on YouTube @ FFIF TV, during which there will be screening for the top 20 videos from the entry, and award given to the best video.

Participants for the highly innovative program were asked to do a short film or a monologue of 60 seconds on any of the topics ranging from, rape domestic violence, police brutality or corruption/accountability and submit via the instagram handle of Film For Impact Foundation, @filmforimpactng. The Top 20 entries by filmmakers and actors (10 each), had 50% selected by the audience (highest views + likes) and the other 50% selected by the festival team. The Jury consist of popular and tested Nollywood actors like, Ali Nunhu, CJ Obasi, Dorothy Njemanze, Nasiru Mohammed, Judith Audu and Bright Wonder Obasi, who is equally the CEO of High Definition Film Studio/Academy, and executive Director of Film For Impact Foundation.

The top 20 selected entries will then qualify to screen at the Africa Film For Impact Festival (AFFIF) special Online edition, which is scheduled to hold live on Youtube @ FFIF TV.

According to Bright Wonder Obasi, who is the brain behind the innovation, “the entries which has a maximum of 60 seconds each, addresses at least one of the four themes (Rape, Domestic Violence, Police Brutality and Corruption/Accountability), giving solutions or hope, and not just highlight the problems.
Entries in other language other than English were also considered but, have English subtitles.
Multiple entries by the same filmmaker on different themes were also accepted.”

Bright Wonder said, “with about 186 entries, The top 10 videos with highest views + likes (5 filmmakers & 5 Actors) will be selected as finalists. The Festival Team will also have the mandate of selecting 10 extra outstanding videos as finalists. All 20 videos will screen at the Online Film Festival in competition for the grand prize.”

He said, “to encourage and inspire these established and upcoming filmmakers and actors across the continent, N50,000 palliative each will be given to the winners of each category, a return flight ticket to AFFIF 2020, (local flight) and an Award Certificate which will be sent via email.”

He said, “N20,000 palliatives will also be given to the 1st Runner up in the Filmmaking and Acting category, full tuition scholarship for two weeks filmmaking training for 20 socially conscious filmmakers, powered by High Definition Film Academy, and a Certificate of Participation for all filmmakers and Actors who make an entry into the online festival.”

‘Raise A Voice Challenge’ is an initiative of Film For Impact Foundation to inspire established and upcoming filmmakers and actors across the continent to lend their voices to social vices that have gone unresolved for long, and whose cycle needs to be broken.