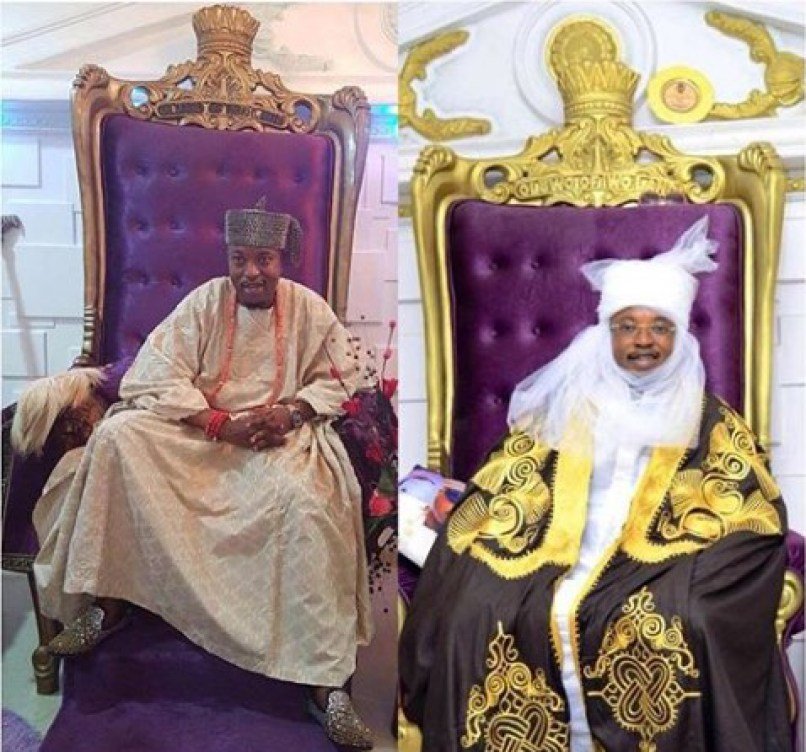 The Oluwo of Iwoland in Osun State, Oba Adbulrasheed Akanbi, Saturday, made history when he dropped the title of Oba and declared his resolve to adopt the Emir title popularly known with Northern traditional rulers.

Speaking at the installation and turbarnning ceremony of an Islamic scholar, Sheikh Yahquub Abdul-Baaqi Mohammed as first Waziri of Yoruba land, Oba Akanbi said he decided to now bear “Emir of Iwoland” because he wants to emulate the attitudes of northern Emirs.

According to Oluwo, Northern traditional rulers are better behaved than his counterparts from the Southwest, saying Yoruba Obas are full of bickering, acrimony and enmities.

Oba Akanbi said until Yoruba Obas come together, shun enmities and backbiting, Hausas would continue to rule Nigeria. “I have decided to officially adopt Emir title today because I want to emulate the attitudes of Northern Emirs.

They don’t begrudge themselves like Yoruba Obas. It will surprise you to discover that for the past two years, there has not been meeting of Yoruba traditional rulers just because of enmities. There is nothing strange in adopting Emir title. I am the Emir of Yorubaland,” Oluwo said.Meanwhile, he also installed and turbarned an Islamic scholar, Sheikh Yahquub Abdul-Baaqi Mohammed, as the first Waziri of Yoruba land.

The installation of the Waziri was against warning served on him by the League of Imams and Alfas in Southwest Nigeria, Edo and Delta States, asking him to desist from installing Alhaji Mohammed as the Waziri of the Southwest.